An Internet content hosting site operated by Alicia Keys’ husband, rap producer Swizz Beatz, has been shut down by the U.S. government. Megaupload was removed from the Interwebs this week, as debate over online piracy rages on Capitol Hill. 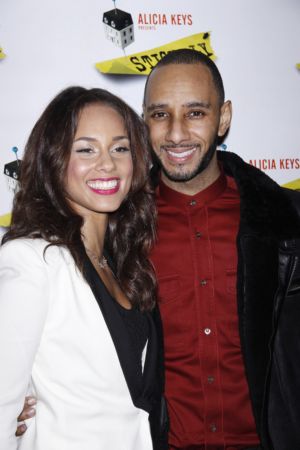 Have you heard? U.S. authorities have charged the founders and several employees of Megaupload with a massive copyright infringement scheme.

The bust is the latest skirmish in a government crackdown against the illegal piracy of movies and music.

On Thursday, the website run by Alicia Keys‘ hip-hop super-producer hubby Swizz Beatz, was shut down by the U.S. Department of Justice (DOJ).

The federal government made its move against the major Internet content hosting site, arresting several high-ranking officials within the company and hitting them with multiple racketeering and copyright infringement charges.

Swizz Beatz, Megaupload’s CEO, was not charged in a federal indictment handed down on Jan. 5. It’s unclear how the producer/rapper’s involvement with the company will play into the case.

The indictment alleges that the site, which allows users to transfer large files, has generated more than $175 million in criminal proceeds and costs copyright-holders more than $500 million in lost revenue from pirated movies, albums and other illegal materials.

This is one of largest criminal copyright cases ever brought by the U.S., the DOJ said this week. Justice Department officials announced the indictment and arrests as debate over online piracy rages in Washington, where lawmakers are trying to craft tougher legislation.

The movie and music industries want the government to crack down on Internet piracy and content theft. But major Internet companies have complained that current drafts of the legislation would lead to censorship.

A Justice Department official says the timing of the Megaupload takedown is not related to the Congressional battle.

Try telling that to critics of the SOPA and PIPA legislation. Crafty hackers cried out over the shutdown of Megaupload by attacking the public websites of the Justice Department and the world’s largest recording label, Universal Music Group.

Do you think an indictment for Swizz Beatz is likely?