After a game of hide the coffins from Klaus, courtesy of Damon, someone found themselves minus a dagger, waking from a nice little slumber — Elijah. 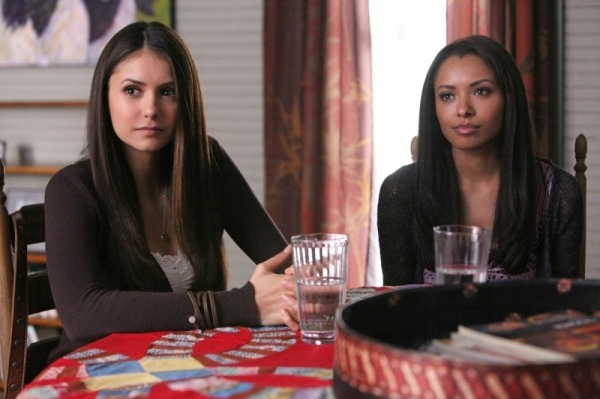 Bonnie’s dreams are becoming a nightmare thanks to Klaus and his dusty old coffins. They led Bonnie and Elena straight to the witch’s mom this week, but that’s not what you want to know about. You want to know about the newly risen Elijah, don’t you? The Vampire Diaries‘ midseason mysteries just keep coming.

A few big events led to Elijah’s awakening on The Vampire Diaries and, as sad as we are to report this, we only get to see his hot little face toward the end.

After learning Abby’s powers were gone because she stopped Mikael years ago from hurting Doppelganger Elena (this is why Abby skipped town), things took a turn for the worse.

Jaime, the boy living with Abby, was compelled via Klaus to take down Stefan (wooden bullet-style), who magically appeared, and Abby was forced to drug Bonnie and take her to an abandoned highway. Why? To get the location of the coffins, of course. 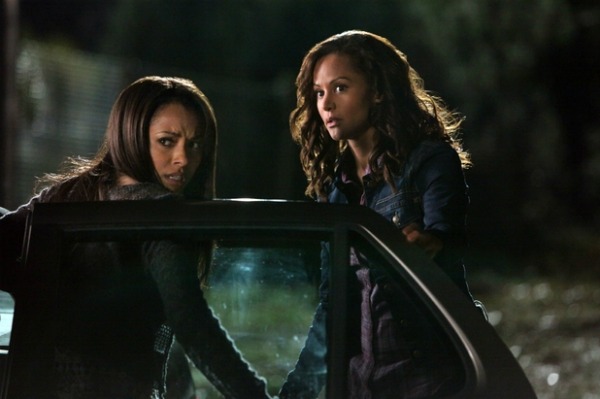 In between the chaos, Elena saved Stefan and admitted she kissed Damon. Hey, it led to a human moment for the ripper, so back off of her honesty!

Then there was good old Klaus. He made his way to the location of the coffins and convinced the witches that two Bennett women were seconds from being toast if they didn’t reveal his coffins. He got three, but oops, Damon managed to spirit away the fourth. Oh, Klaus is not happy.

Don’t worry, we didn’t forget about Elijah. Back at the house, Stefan rears his jealous fist right into Damon’s face.

Hold up, boys, there’s still a Klaus and coffin problem — well, not for Damon. He’s wielding a dagger. One that kills an Original. Wait, how did he get that? Oh, yeah, he took it out of Elijah who is flipping mad! Like I-will-kill-everyone mad. Why did we only get one little taste of him this week?!

P.S. — Bonnie is going to help her mom get her powers back, Meredith drains vampires of their blood to save her own patients and Tyler almost killed Bill Forbes.

Yeah, there’s a lot to dish about, so get to the comments section and start chatting about The Vampire Diaries.

Who’s happy Elijah is back?