The royals are gearing up to celebrate Queen Elizabeth’s Diamond Jubilee — and it sounds like Prince Harry landed the most plum gig in the family. See where our favorite ginger will be touring! 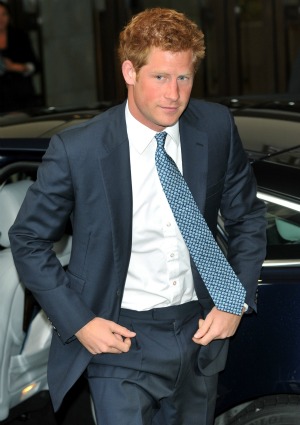 If you missed Prince Harry‘s visit to the U.S. during his Apache helicopter training, you’re in luck. While the famous redhead is not returning to the continental U.S. anytime soon, he will be on this side of the pond in March — just a little further south.

The spare heir will be touring some hot tropical locations on behalf of his grandma, Queen Elizabeth, to celebrate her Diamond Jubilee. Prince Harry will tour Belize, the Bahamas and Jamaica for his grandma, then hit up Brazil for a little me time, plus, you know, some actual work.

St. James’s Palace said in a statement, “The visit, organized by the Foreign and Commonwealth Office, is designed to enhance the partnership between the United Kingdom and Brazil.”

British Foreign Secretary William Hague added, “Brazil and the UK have much in common, with a shared history and close cultural bonds.”

“We are committed to strengthening our political, cultural and economic ties… I am now pleased to announce that His Royal Highness Prince Harry will also soon be here, and will attend the Great campaign launch event in March.”

“We hope, through this renewed and continued engagement with Brazil, to show that we in the UK are open for business with the rest of the world and determined to build our relationships.”

Prince Hot Ginge definitely got the plum assignment. Prince William and his beautiful bride Kate Middleton — aka Catherine, Duchess of Cambridge — will be visiting the Asia-Pacific region including Malaysia, Singapore, the Solomon Islands and Tuvalu, while Prince Charles and Camilla will tour Australia and Canada.

Queen Elizabeth, who is celebrating 50 years on the throne, is sticking closer to home but plans to travel as much as possible through England, Scotland, Wales and Northern Ireland.

Prince Harry will hit the tropics from March 2 to March 11. The trip marks his first official royal tour on behalf of the Queen, so he may want to keep his piña colada consumption to a minimum.