So you want to be a contestant on The Bachelor? We commend you for your bravery. After all, vying for a husband on the popular show is not unlike wartime. Will tonight be the night you’re finally stabbed by a wayward stiletto heel? Will you accidentally ingest colorless poison slipped into your white wine spritzer from a competitor’s oversized cocktail ring?

Related story Chris Harrison Is Reportedly Being Paid Around $50 Million to Leave The Bachelor Quietly
Wanna win The Bachelor? 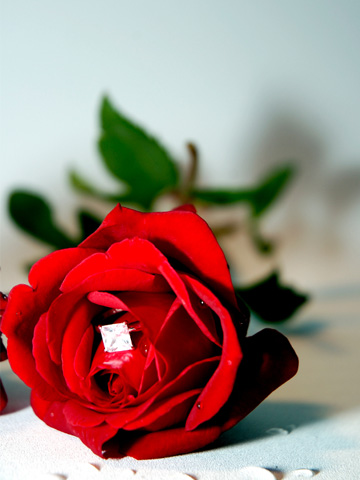 Before you get into that stretch limo (but after you’ve stuffed your suitcase full of Lycra minidresses), make sure you pack these items in your pocketbook. Because a potential wife and soul mate should always be prepared — and armed for psychological warfare.

Let’s get down to brass tacks: You’re competing against VIP cocktail waitresses and alleged “models” from Santa Monica. Now is not the time to stain your pearly whites while drinking Ben Flajnik’s Envolve Cabernet Sauvignon  (“Soft silky tannins”! “Pairs seamlessly with chipoltle [sic] seasoned grilled meats”! NEVER FORGET) straight from the decanter. Pull yourself together, woman. Bring out the big guns by pouring a dainty glass of red and sipping it through a translucent, chompers-protecting WineStraw. You’ll save your smile without calling attention to yourself for not binge-drinking like the rest of the ladies. Maybe just remove the straw when the Bachelor comes around if he happens to be a vintner.

Even if you are the most well-adjusted woman who has ever appeared on a romance-themed reality program, between the booze and the exhaustion and the lack of internet access, you’re gonna cry on this show. Best be prepared and tote along a waterproof mascara that will hold up when you release the floodgates. But which one? Contestant and fashion blogger Jenna Burke (Ben’s season), prone to messy on-air breakdowns, recommends Benefit Bad Gal Waterproof Mascara. Is there any better endorsement? (P.S. Love you, Jenna! Really, we do.) You’ll be happy you slathered some on if it’s just you and a camera crew in the back of a limo after you’ve been unceremoniously dumped for having an actual personality.

As history textbooks have taught us, throughout the course of combat on foreign soil, there will always be a bunch of girls ragging on you and trying to steal your man. The key to shutting down enemy tactics is deflecting them. If there was one piece of critical wartime information that noted scholar Paris Hilton passed down to us, it was this: During the reign of Princess Paris, any time anyone criticized her, she said, “They’re just jealous.” If the mean girls on The Bachelor are taking scissors to your Rose Ceremony gowns… if they’re spreading rumors that your backside is a hefty size six rather than a nice, normal size minus two… if they’re trying to get you to sweep up the shards of the martini glass that you threw against the kitchen wall during a crying fit, repeat: “They’re just jealous.” Then, proceed to the finish line, a.k.a. a fleeting photograph in front of a step-and-repeat at a marginal bar in L.A. that will be printed in a second-rate gossip tabloid. Ah, sweet victory. These colors don’t run.

There’s only one way to prepare yourself for a romantic interlude with a Sensitive Jerk (a persona that has pretty much been trademarked by The Bachelor franchise [see: Bob Guiney], so henceforth we will write it as Sensitive Jerk®), and that is by familiarizing yourself with Sensitive Jerks®. There is perhaps no jerk more faux-sensitive than John Mayer, so get busy memorizing all of the lyrics to “Heartbreak Warfare,” which is supposedly a nice song about Jennifer Aniston but is more likely about John Mayer wanting us to believe this is a nice song about Jennifer Aniston. Sing it, sisters: “Once you want it to begin / No one ever really wins / In heartbreak warfare / If you want more love / Why don’t you just say so?” But here’s the issue, John: If you say you want more love on The Bachelor, you will inevitably be dumped [see: Chantal O’Brien professing her affection for Brad Womack]. Therein lies the rub of Sensitive Jerks® — and the enemy gets more nimble each season.

You never know when you’re going to get a key to the Fantasy Suite. And once you’re in, can you be sure that there’s a shower? Are there restrooms in heaven? Do angels need to powder their noses? We think not. Instead, before you and the Bachelor, ahem…fantasize…retrieve a Paper Shower wet-and-dry towelette kit out of your sparkly clutch and prepare to be freshened. Because the last thing you want is for the man you plan to spend the rest of your life with to see you sweat. How unladylike.

The Bachelor‘s Ben Flajnik spotted with Courtney Robertson?
Was Shawntel Newton’s return to The Bachelor shady?
The Bachelor: Our top five picks for Ben Flajnik