Bruce Springsteen might be one of the richest people in the U.S., but he’s expressing solidarity with the 99 percent in his new song, “We Take Care of Our Own.” 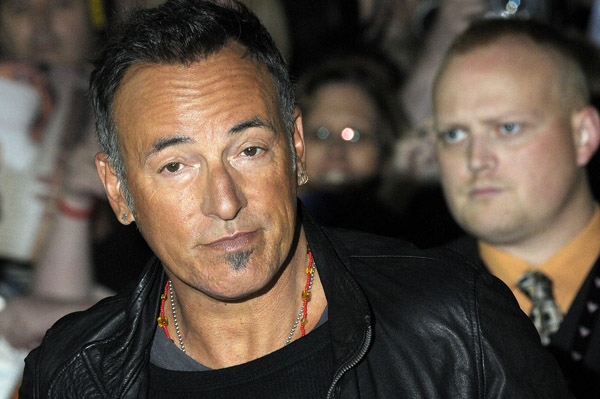 Many people openly wondered where Bruce Springsteen was during the polarizing Occupy Wall Street protests in late 2011. After all, The Boss has never shied away from talking about politics in classic songs like “Born in the U.S.A.” and “The Rising.”

Well, now we know — he was busy writing angry songs about the protests. “We Take Care of Our Own” — the first single off his new album with the E Street Band, Wrecking Ball — contains definite references to the protests and current political culture.

The references were definitely planned, according to his manager.

“Bruce has dug down as deep as he can to come up with this vision of modern life,” manager Jon Landau told the Huffington Post. “The lyrics tell a story you can’t hear anywhere else and the music is his most innovative in recent years. The writing is some of the best of his career and both veteran fans and those who are new to Bruce will find much to love on Wrecking Ball.”

Springsteen is fed up with the division of right and left in the U.S.

“The climate [in America] is very, very ugly for getting things done. The moderate reforms President Obama fought to make are called Marxist, socialist,” he told the Sunday Times magazine in late 2010.

“I mean, the most extreme language is put into play to describe the most modest reforms that would move the economy back towards serving a majority of its citizens.”

The Boss even talked about the “one percent” during the interview — before the term came into our national consciousness.

“But you have the financial institutions, you have the military, the corporations. They’re in play constantly and, in truth, they’re shaping the economy and shaping the direction the U.S. is moving in,” he said.

“Those forces are huge. The money and lobbyists are pouring in to do everything they can [to preserve the status quo]. It’s a very tough time, a very hard time here in the States.”

Wrecking Ball is due out in the U.S. on March 6. He’ll be hitting the road in May for a world tour, too.

“We are all incredibly excited about everything that we’re planning for 2012,” Springsteen said during his tour announcement.

Will you check out Wrecking Ball?