Khloe Kardashian’s biological father is none other than O.J. Simpson, according to a new report. Do you believe Kris Jenner would have slept with her best friend’s husband? 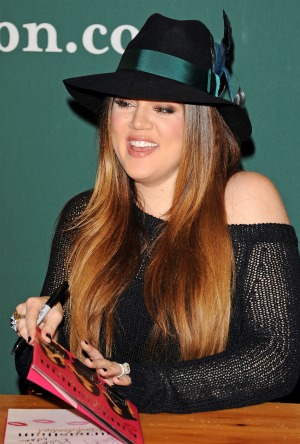 Who is Khloe Kardashian’s real biological father? The family insists that thinking anyone other than Robert Kardashian is the dad is nonsense, but an intriguing new theory has surfaced: O.J. Simpson.

A source told the National Enquirer that he heard of Khloe’s true paternity straight from the horse’s mouth: Simpson himself.

“O.J. told me Khloe’s his child,” the insider told the mag.

“It was the big secret that no one in the two families would discuss, and Robert admitted he and Kris were not having sex at the time Khloe was conceived.”

Will Khloe Kardashian quiet paternity chatter with a DNA test? >>

“O.J. bragged about his sex life and many female conquests, which he said included some of his best friends’ wives,” another source told the tabloid.

“He used to tell us way back — even before he and Nicole got divorced — that he had a love child with the wife of a wealthy family. But at the time of Khloe’s birth, it would have been devastating for the news to come out that America’s biggest sports hero had fathered a love child.”

“O.J.’s career as a product spokesman — which earned him well over $10 million — could have ended. And he always worried that his children would find out some day and become very angry with him.”

So what does the Kardashian klan have to say about this?

“Now we have all the answers! It makes sense now!” Khloe’s sister Kim Kardashian joked on Twitter. “Khloe, you are so tan.”

Tell us: Do you think O.J. Simpson is Khloe Kardashian’s father?