Sometimes it’s hard to pick which book to read next. When I’m undecided, I like to skim the opening pages of a handful of likely titles to see which one calls to me. Here are five books I have on my January reading list. Based on these quotes, which one would you read first? 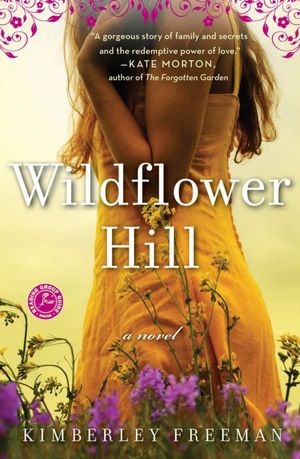 Beattie Blaxland had dreams. Big dreams. Not the confused patchwork dreams that invade sleep. No, these were the dreams with which she comforted herself before sleep, in her trundle bed rolled out on the floor of her parents’ finger-chilling tenement flat. Vivid, yearning dreams. A life of fashion and fabrics; and fortune, of course. A life where the dismal truth about her dismal family would fade and shrink and disappear. One thing she had never dreamed was that she would find herself pregnant to her married lover just before her nineteenth birthday. (p. 5)

Beattie Blaxland started life on a rough path: unwed and pregnant in the depression years of the 1930s. Nevertheless, she was determined to make a life for herself, even if it meant leaving Ireland for the wilds of Australia. Emma Blaxland-Hunter, a 21st-century prima ballerina living in London, thrives in the spotlight until an injury threatens to bring her career to a halt. When Emma returns to Australia to recover and regroup, she learns she has inherited Wildflower Hill station from her grandmother Beattie. Emma sets off to visit the isolated, unwanted ranch, sure she needs to sell the land. Wildflower Hill is an emotional and engaging novel about self-discovery and the true meaning of success and happiness.

The Winter Palace: A Novel of Catherine the Great by Eva Stachniak 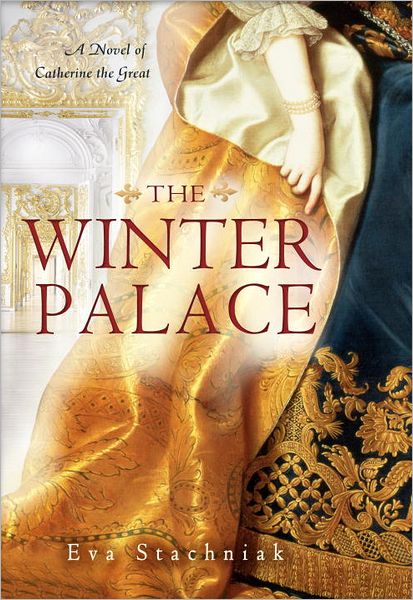 My father stood a little stooped and motionless as the Empress departed, with courtiers crowding upon her, praising her benevolence. He lowered his head when a few of them stopped and inspected me through their monocles, the looks you give a caged bird. His hand when he squeezed mine was cold and moist with sweat.
Did he guess what would happen to me? (p. 24)

When Princess Sophia, the eldest daughter of a minor German prince, arrived in St. Petersburg to be introduced to Empress Elizabeth and her future husband, Peter, she had plenty of ambition but little knowledge of the complex politics of the Russian court. Thus the Empress orders Varvara Nikolayevna, a Polish servant, to help Sophia adjust to her new home; the girl, however, has also been commanded to act as a spy for the crown. By the time Sophia has been completely transformed into the future Catherine the Great of Russia, Varvara’s loyalties will have been tested and Russia will teeter on the brink of change. The Winter Palace takes the reader into the heart of the Russian court, as its intrigues, clandestine love affairs and struggles for power are recorded by the ever-watchful Varvara. 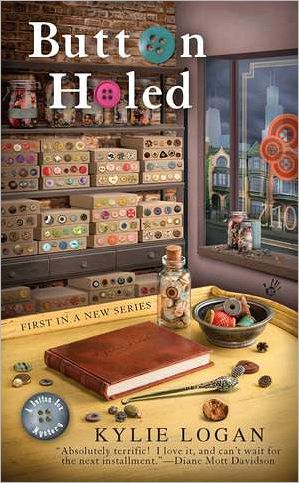 Here’s the thing about walking into your button shop at five in the morning and running smack into a hulk of a guy wearing a black ski mask: it tends to catch a girl a little off guard.
Off guard, I sucked in a breath that was half surprise, half gasp of terror; and just inside the door of the Button Box, I froze.
For exactly two seconds.
That was when my instincts kicked in. No big surprise, they told me to turn and run like hell. (p. 1)

Button Holed is the first in a cozy mystery series starting Josie Giancola, owner of a well-known Chicago button shop. Thanks to Josie’s stellar reputation, the rich and famous come to her for the perfect antique or unique buttons to use on wedding gowns and other special clothing. After one of Josie’s customers is found murdered in her shop, the police ask her to help them understand the lucrative world of button collecting. Josie turns up more than clues in this fun, well-paced mystery peppered with snappy dialogue, a hint of romance and great characters.

The World We Found: A Novel by Thrity Umrigar 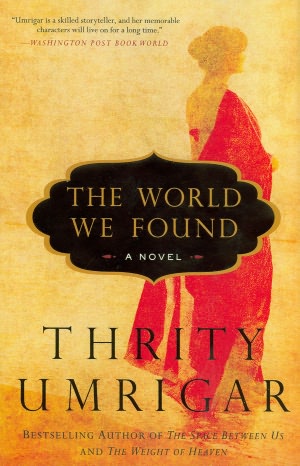 The tooth broke three days after she received the awful news. There was no blood. No pain, even. For three days she had believed that it was her heart that had broken into tiny fragments, but turned out it was another part of her body that decided to mourn the news. No pain, no blood. Just a moment of puzzlement as she bit into the soft French toast she made for breakfast this morning and felt something hard and brittle in her mouth. (p. 1)

The World We Found is about four college friends from 1970s Bombay who are reunited 30 years later after one of them has been diagnosed with cancer. Although they were once inseparable, the women drifted apart as careers and family shifted their focus. Despite their differences, they reach out to each other and into the past, seeking support, forgiveness, acceptance and the incredible strength of women’s friendships. Few authors can match Umrigar’s skills in exploring women’s issues, especially as they are shaped by modern India.

The Starlite Drive-In: A Novel by Marjorie Reynolds 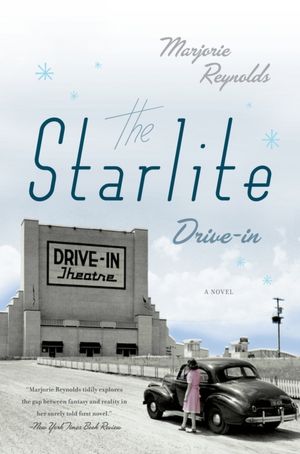 I wasn’t there when they dug up the bones at the old drive-in theater, but I heard about them within the hour. In a small town, word travels like heat lightning across a parched summer sky. Irma Schmidt phoned Aunt Bliss and delivered the news with such volume that her voice carried across the kitchen to where I was sitting.
After hanging up the receiver, Aunt Bliss . . . stared hard at me. “I know what you’re thinking, but more than one person disappeared that summer.”
“Yes,” I said reflectively, “That’s true.” But my heart was beating faster. (p. 1)

From the moment Callie Anne Benton saw the bones on the grounds of her father’s old drive-in theater, she was flooded with memories of her twelfth summer — the year her father hurt his leg and hired a stranger, Charlie Memphis, to help out for the rest of the season. When the charming Memphis begins to take a little bit too much interest in Callie Anne’s mother, the Benton household is upended, and the young girl is caught between her love for her father, her confusion over her mother’s behavior and her own crush on the hired hand. The Starlite Drive-In is a beautifully written coming-of-age story that captures the heart and soul of a bygone era.