It’s official: The Carrie Diaries is heading to The CW. The teen-centric network has ordered a pilot for the Sex and the City prequel. 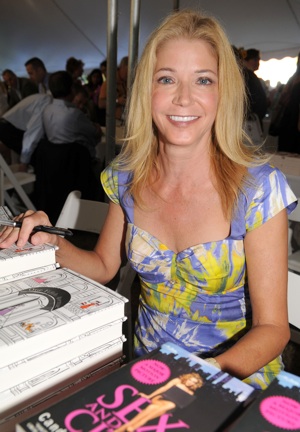 Last year, we heard rumors that Sex and the City was returning to television. But instead of focusing on four thirtysomethings, it would tackle the teen scene.

According to The Hollywood Reporter, The CW has confirmed plans to produce The Sex and the City prequel, The Carrie Diaries. They’ve ordered the pilot, which will center on Carrie Bradshaw’s misadventures as a high school senior.

The show is set in the 1980s and told from Carrie’s perspective. It will follow “the aspiring writer through her relationship with Sebastian Kydd and rivalry with popular girl Donna LaDonna.” Interesting names, no?

The Carrie Diaries will be produced by Josh Schwartz (The O.C., Chuck) and Stephanie Savage, the creative team behind Gossip Girl and Hart of Dixie.

The CW also announced plans for a series based on the fairy tale Beauty and the Beast. It will take elements from the classic story and fuse it with themes from the 1980s TV drama that starred Linda Hamilton (the Beauty) and Ron Perlman (the Beast). “It’s described as a modern-day romantic love story with a procedural twist.”

These days, fairy tale shows are all the rage. Both ABC and NBC have scored hits with Once Upon a Time and Grimm, and now The CW wants in. Beauty and the Beast is a prime property to market. It’s already experiencing a second life in theaters and on TV.

Disney’s animated adaptation is currently in theaters for a limited 3-D engagement, and Once Upon a Time will feature the story in a future episode.