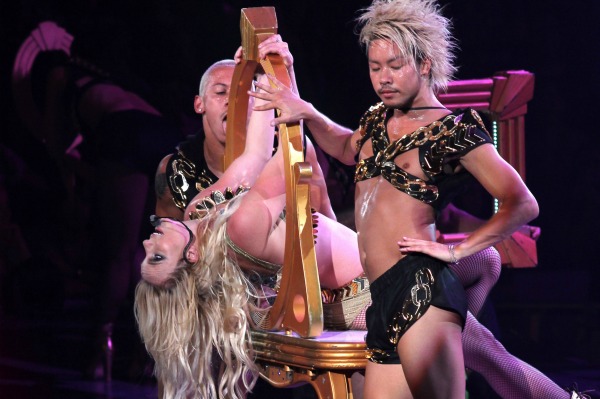 Britney Spears should be celebrating her thrilling new engagement to Jason Trawick — but instead she’s battling her former bodyguard who plans to write a tell-all book about her steamy sex life.

Fernando Flores is familiar to us as the dude who is suing her for sexual harassment. Now he plans to pen a scintillating exposé of Britney’s sex life, including claims that the “3” singer participates in threesomes and moresomes during her downtime on tour.

“Britney has a huge sexual appetite and, from what she told me, her tours were an anything-goes environment,” Star claims Flores told a pal.

“I was in her bathroom and saw this picture of her in a tub with some girls. It was very sexual. She told me, ‘That was on tour and s**t got crazy.’ I asked what she meant and she said they all got it on. Her and the girls.”

Flores launched his sexual harassment suit in 2010, claiming Spears often paraded around naked in front of him and tried to get him to sleep with her. Her camp denied the allegations — and they deny these latest ones, too.