Rachel Bilson is taking on her haters with her new Funny or Die video, “Call Me Doctor.” 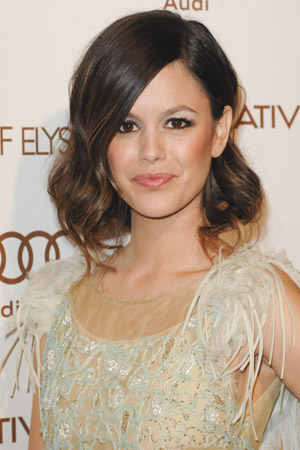 Think Rachel Bilson is a mild-mannered actress? Think again! The Hart of Dixie actress is straight-up street — or so she wants us to think.

Bilson, 30, goes H.A.M. in a new rap video posted on Funny or Die, “Call Me Doctor.” In the clip, Bilson raps about her roles and reputation as a dainty little gal.

Oh, and she calls out former co-star Mischa Barton.

“Summer Roberts back up on the track again; Peaced out of The O.C.; Ben and Brody, deuces!; Did a couple movies, drank a couple juices!; Still they comin’ at me, like ‘Where ya been?’; You should be askin’ Mischa Barton!”

A lot of people are loving the clip, but it’s nothing that hasn’t been done by female celebs before. For example? Taylor Swift teamed up with an auto-tuned T-Pain for the 2009 Country Music Awards, while new mom Natalie Portman rapped on a 2006 Saturday Night Live digital short.

The verdict? It’s cute, but not that funny.

In reality, Bilson claims she’s a homebody who likes to talk fashion and thinks the medical terms in Hart of Dixie are difficult to learn.

“I have to practice [the script] a lot because it’s hard to pronounce certain words. Everyone’s really proud when I say it right,” she told the Huffington Post in November.

Does she really keep a thug life? Not quite.

“I like to cook and hang out in my PJs. I like to cook homey, comfy foods, meatloaf and chili and Italian food like lasagna. I’m half Italian so I make it all myself.”

What do you think of the Rachel Bilson video: Funny or lame?