Will she finally find love? Multiple sources are confirming that Emily Maynard will be searching for love on the upcoming season of The Bachelorette. 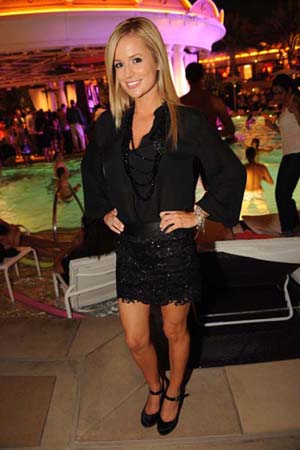 Although ABC isn’t officially commenting quite yet, multiple sources have confirmed that Emily Maynard will return to reality TV to search for love in the upcoming season of The Bachelorette.

Fans fell in love with the sweet 25-year-old single mom from North Carolina on The Bachelor — and they were heartbroken when she and Brad Womack broke off their engagement last year.

“I wanted to be married and have more children, but I doubted he was going to still want to be with me,” she explained to Bachelor host Chris Harrison. “As a single mom, I don’t have the luxury of saying ‘we’ll figure it out when we get there.’ I need that reassurance that he’d want to be with me six weeks down the road much less six years.”

Many fans wanted Maynard to be the new Bachelorette, however she was worried about being away from her daughter Ricki during filming of the show.

She reportedly had a “change of heart” and decided to do it, although is sounds like ABC persuaded her by switching up filming locations.

“The guys will be flying to her,” an insider tells Us Weekly. “We’re switching things up a bit.”

The Bachelorette has decided to film in Charlotte, North Carolina instead of Los Angeles so Maynard can be close to her daughter.

What can we expect on the upcoming season of The Bachelorette, besides a change of location? “She’s looking for a man — not a little boy,” a friend of Maynard reveals.

The new season of The Bachelorette starts filming this March.

58 mins ago
by Reshma Gopaldas