Blake Shelton’s father passed away this week after a long illness. 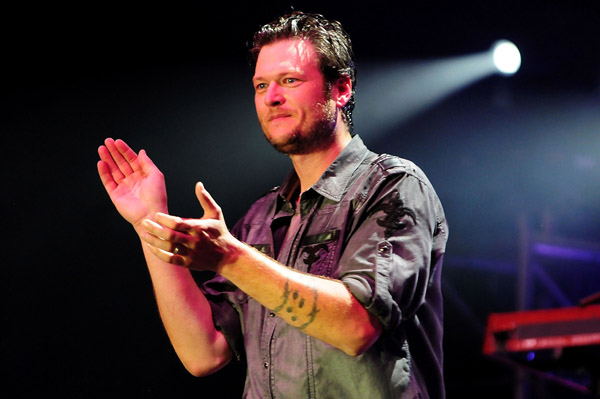 Blake Shelton is back in his Oklahoma hometown this week for sad reasons: His father, Dick Shelton, passed away Tuesday after a year of ill health.

“Mr. Shelton, who was in declining health this past year, was surrounded by loved ones in Oklahoma upon his passing this evening,” Shelton’s rep said in a statement.

Shelton, 35, was close to his father — he even dedicated his American Country Award to his ailing dad.

“I want to say hi to my dad back home… he’s been having a pretty rough couple of weeks, and I know he’s watching tonight,” Shelton said. “I love you, Dad, and I dedicate this to you, man. Thank you.”

This isn’t the first tragedy The Voice superstar has had to endure in his family. Shelton’s other brother was killed in a car accident in 1990. The pain led his new wife, Miranda Lambert, to record a song they wrote about him.

“Blake’s brother was killed instantly in a car accident at 24, when Blake was 14,” Lambert told Ladies’ Home Journal in November. “One day he just opened up and was talking to me about it. And then he was playing this pretty little melody and we started adding words… Later he said, ‘I think it’s better if you record it. Honestly, I don’t think I can get through singing it every night onstage, so what’s the point?'”

“I love that song, and I feel like it’s time for me to show I have that side of me that’s vulnerable and hurting for someone else,” she added.

Shelton is no doubt receiving support from Lambert and his family in Oklahoma. He reached out to fans via his website to thank them for their concern.

“I appreciate your understanding during this difficult time and thank you for all your prayers. Your support means the world to me. I love you guys,” he wrote.

The country superstar postponed four concerts in the wake of his father’s death. Shows in South Dakota, North Dakota and Montana will be moved to a later date, while a Columbus, Georgia, show scheduled for next week will go on as planned. He’ll also be back as judge on The Voice when the hit NBC resumes in February.