We don’t remember much from the 1998 Iggy Pop-inspired film Velvet Goldmine other than a very specific scene involving Ewan McGregor and leather pants… or lack thereof, more accurately. So every time we see this fox on the silver screen, we drift back to that warm, fuzzy memory and sit back while he wows us with his acting chops, his singing voice and a face that launched a thousand girlhood fantasies. (The guy even turned Star Wars‘ Obi-Wan Kenobi sexy!) Now, Ewan stars alongside Gia Carano in the thriller Haywire, now playing in theaters. 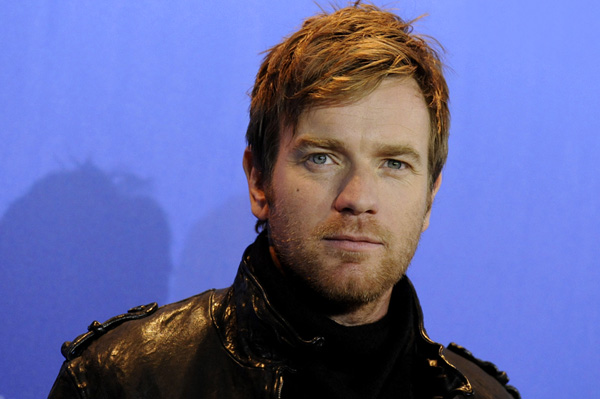 He’s an adventurer, a thespian, a father and an out-and-out hottie. We want to hop on the back of his Harley and live out our own romantic journey with this hot Scot. 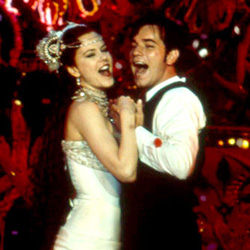 He’s sexy — and can sing

Ewan holds a special place in our hearts as one of our favorite song-and-dance men (hello, Matthew Morrison and Hugh Jackman!) — but his talent was especially poignant when he sang with Nicole Kidman in Baz Luhrmann’s lush musical film Moulin Rouge! It was tragic, romantic and Ewan was forever cemented as a male lead we wanted to duet with, if you know what we mean.

Lucky for us, Ewan loves the idea of love too:

“I had the time of my life on Moulin Rouge!,” McGregor told Elle. “It was the most extraordinary set to be on, full of life and color and music…. I like brave romance…. What frustrates me about romantic films today is when we shroud them in comedy because the idea of romance is so embarrassing.”

Ewan, you can sweep us off our feet, rom-com-style, anytime! 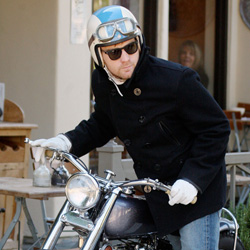 What’s sexier than Ewan McGregor? Ewan McGregor speeding down the open road on a Harley-Davidson, sunglasses on, hair rippling in the breeze. Ewan is famous for his giant bike collection and taking globe-spanning motorcycle rides, notably with English actor and adventurer Charley Boorman, which were made into a documentary TV series, Long Way Round. He says he knows he’s lucky to be able to take the whirlwind journeys on a whim.

“I’m in a position where I can do many things most people just daydream about,” he told Men’s Health about a trip from Scotland to South Africa. “But I find doing something like this puts my whole life into relief. You understand yourself better and are more available to the world. Being on the bike opens me up emotionally. I was exposed to so many things, and the concentration is so focused. It’s quite pure. When you take away the phone and email and you don’t have a million things to run around to, it allows your mind the space to think more expansively about the things that matter.”

Oh, to be tech-free with Ewan on the open road… 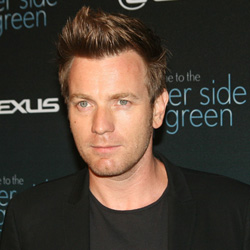 He’s made a conscious effort to be healthy

Ewan gave up drinking entirely in 2000. Why? For his family:

“I was just always somebody who liked to drink a lot. So now when I think about drinking I ask myself, ‘OK, what is it?’ It’s not really that you’re thirsty for a beer, because you haven’t had a beer for years. It’s often something else that’s bothering me,” he told Live magazine. “What kind of regret would I have had to tell my children or my wife that I was dying because of something I could have done something about? I didn’t want to be that kind of man.”

Now that’s the kind of maturity we like in a man! 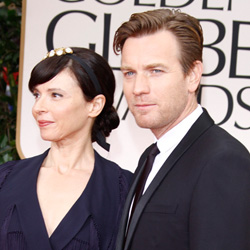 A bit of a Hollywood anomaly in the best way possible, Ewan has been married to wife Eve Mavrakis, a French production designer, since 1995. They have four daughters — including a girl they adopted from Mongolia. He gave a candid and refreshing quote about fatherhood this past year:

“I recognise it can be boring to play with young children — to tell a story over and over again, let’s say — but the secret is being there. If you’ve made a decision to play with your children, then play with them,” the Daily Mail reported. “Don’t be looking through papers on your desk or sneaking off to the computer. Turn off your BlackBerry. Lose yourself in their world. Even if you do it for a short time, it will mean a lot to you and to them.”

Awww — we love a dedicated family man. Especially the thought of Ewan telling princess stories to his four little ladies!