Taylor Swift has a new album coming out and she says it’s all about a big deal epic heartbreak. Could she be referring to her ill-fated romance with Jake Gyllenhaal? 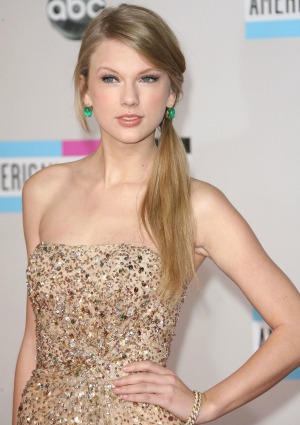 The course of true love never did run smooth, and that was never more true than it has been for Taylor Swift.

The crossover country star has had a string of bad romances that have inspired songs (“Dear John” for John Mayer, “Back to December” for Taylor Lautner, “Forever and Always” for Joe Jonas, anyone?), but now she’s upping the ante: An entire album based on being screwed over by love.

The singer told Vogue magazine that he next album is all about heartbreak — one very specific, very epic heartbreak — and she brought it up right after she mentioned her too-good-to-be-true, short-lived fling with Jake Gyllenhaal in 2010.

“I really have this great life right now, and I’m not sad and I’m not crying this Christmas, so I am really stoked about that,” Swift said about her current dating life.

Does that mean she was crying last Christmas, right about the time she and Gyllenhaal ended their brief, but bright romance? “I am not gonna go into it! It’s a sad story!” she said.

Unlike the honey badger, Taylor Swift does “give a s**t” >>

But she did say that her next album is all about a really messy breakup.

“There’s just been this earth-shattering, not recent, but absolute crash-and-burn heartbreak and that will turn out to be what the next album is about,” she told Vogue.

“The only way that I can feel better about myself — pull myself out of that awful pain of losing someone — is writing songs about it to get some sort of clarity,” she explained.

Swift and Gyllenhaal dated for about three months and were spotted on super sweet coffee and ice cream dates before suddenly splitting around Christmas.

She wouldn’t say, but she did give some tantalizing clues.

“I can’t deal with someone who’s obsessed with privacy. People kind of care if there are two famous people dating. But no one cares that much,” she said. (Speak for yourself.)

“If you care about privacy to the point where we need to dig a tunnel under this restaurant so that we can leave? I can’t do that,” she said.

Read the entire interview with Taylor Swift on Vogue.com.