Glee tribute alert! The producers of Glee are planning a mega-musical episode featuring the tunes of ’70s chart-toppers, The Bee Gees. 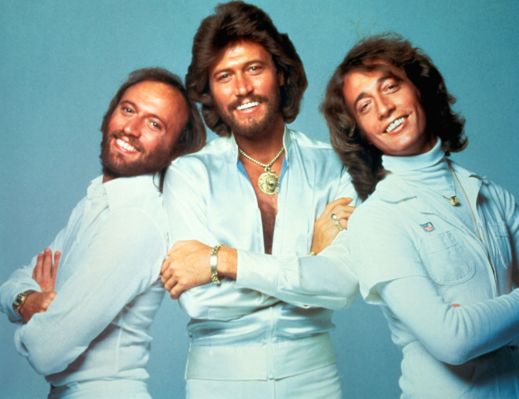 The Bee Gees are getting the Glee treatment.

Ryan Murphy, creator of the Emmy-winning Fox musical-comedy, says he’s working with surviving Bee Gees crooners Barry and Robin Gibb on an April episode that will feature cast covers of some of the group’s most famous tunes.

The proposed show would revolve around the sibling trio’s Saturday Night Fever soundtrack, which spawned several disco hits — including “Stayin’ Alive,” “More Than a Woman” and “How Deep is Your Love.”

The Gibb brothers succeed Madonna, Lady Gaga and Britney Spears, all of which have been the subjects of Glee tribute eppys. A musical extravaganza for pop king Michael Jackson is scheduled for next month.

“We’ve never done disco on the show, but I’m interested in the genius of The Bee Gees,” Murphy told TV Guide magazine this week.

The enterprising showrunner hopes John Travolta‘s friendship with Cory Monteith — who plays Finn Hudson on Glee — will be instrumental in getting the Saturday Night Fever star to appear in the episode. Travolta landed his breakout Hollywood role playing fleet-footed Brooklynite Tony Manero in the 1977 movie.

“Travolta and Cory Monteith became close friends at a party, when Cory told him he’d seen (his 1996 movie) Broken Arrow 20 times. Travolta sent him an autographed copy of the DVD. So maybe we’ll have them dance in a dream sequence,” Murphy explained.

Robin Gibb is “on the road to recovery” >>

Brothers Robin, Barry and Maurice made up the singing trio known as the Bee Gees. Robin was reportedly diagnosed with liver cancer last year. Maurice was 53 when he died of a heart attack during surgery to treat a twisted intestine in 2003.

The British-born brothers’ rise to stardom may soon be immortalized on film, too: A Bee Gees biopic is expected to open in theaters in 2013.