A memoir that will speak to any woman regardless of age, Rachel Bertsche’s memoir MWF Seeking BFF: My Yearlong Search for a New Best Friend is our SheKnows Red Hot Book of the Week.

With searing honesty and pitch-perfect wit, Rachel Bertsche chronicles her search for a best friend in 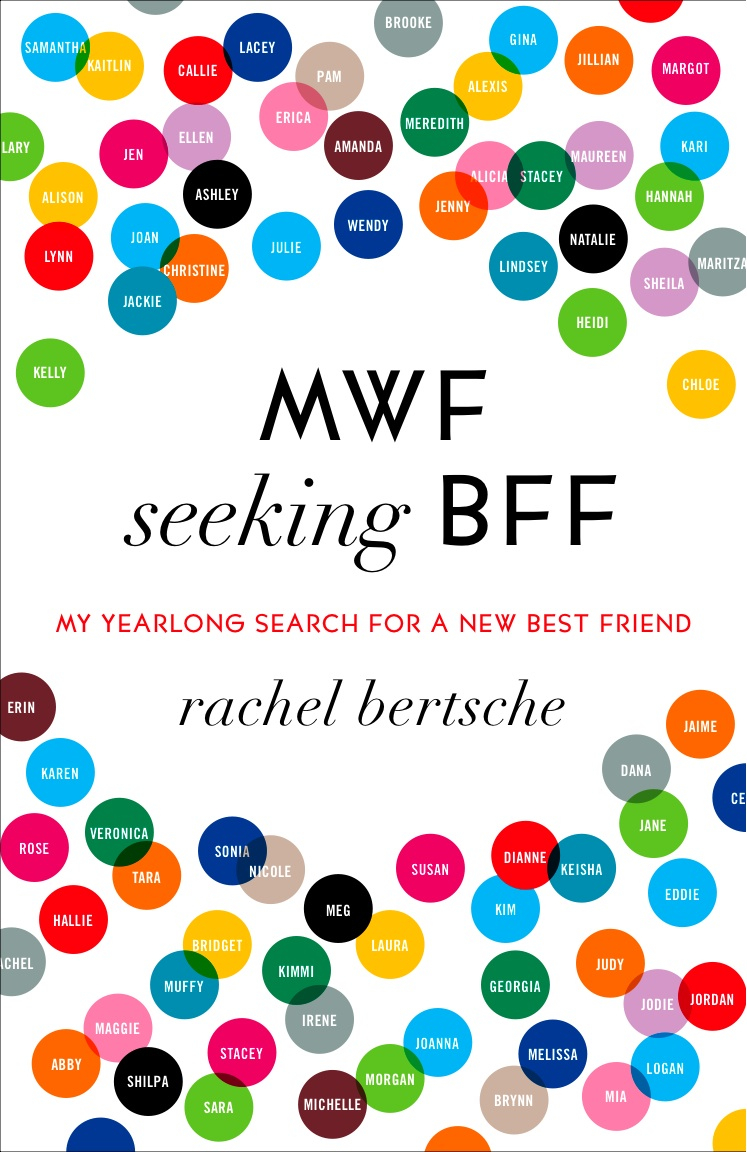 her new hometown of Chicago. We couldn’t get enough of Rachel’s positive attitude and heartwarming writing style, and her hilarious friend-dates had us clutching our sides in laughter as we stayed up late into the night to see if she would find the friend she was looking for.

When Rachel Bertsche moved to Chicago from New York City, she was thrilled at the opportunity to be closer to her boyfriend. But shortly after their marriage, Rachel had a startling realization: All of her best friends lived in different cities, and she yearned for female companionship.

Instead of wallowing in her situation, Rachel chose to turn it into a project. She resolved to go on 52 “friend-dates” with women over the course of the next year to find her new BFF. MWF Seeking BFF is the result of that quest, one that had both hilarious and insightful results.

Though she felt alone (and sometimes pathetic) in her quest, Rachel quickly discovered that she was not the only woman who had a dearth of friends living close by. It’s a problem that plagues many women, but for some reason, people are shy to speak up about it. Rachel’s memoir will give women suffering from the same issues the confidence to put themselves out there to find true friendship, as they sympathize with her experiences and appreciate her candor about this difficult predicament.