Liam Neeson fights for his life in the snowy tundra of Alaska in the new action-thriller The Grey. 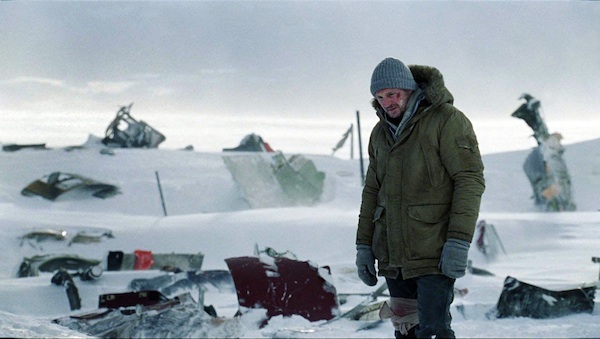 “Nobody’s gonna find us,” Liam Neeson, who plays Ottway in the new action-thriller The Grey, says to the other survivors of a plane crash that goes down in the snowy tundra of Alaska. His life has suddenly been turned upside down.

He and the few survivors will have to find their way to safety and back to their families by themselves. No rescue crew will be able to locate them if they don’t move.

Neeson has gained recent acclaim for his work in the emotional action thriller Taken and was nominated for an Academy Award for best actor for Schindler’s List. The 59-year-old actor gives this role everything he’s got, stopping at nothing to get back to his wife.

Neeson says he was drawn to the story by the complexities of the character. In this exclusive look behind-the-scenes at the making of The Grey, Neeson talks about taking on this emotional story. “I read it, and I did fall in love with it,” he says.

Director Joe Carnahan also fell in love with Neeson playing the part, “Each of those characters is a facet of Ottway’s personality, which is Liam Neeson. There’s the tough guy, the coward, the very sensitive one… the husband, the father.”

This story of an oil drilling team who must survive the chilling elements of frozen Alaska in order to navigate their way back to safety releases in theaters Jan. 27. Dermot Mulroney and Frank Grillo co-star.

“It’s not about the destination, but it’s absolutely about the journey,” says Carnahan, who also directed Smokin’ Aces, The A-Team and Narc. “The story is about relationships.”

SheKnows presents this exclusive look behind-the-scenes of the making of The Grey.