The wait is almost over. The Walking Dead returns next month and we’ve got a sneak peek of the premiere episode “Nebraska.” 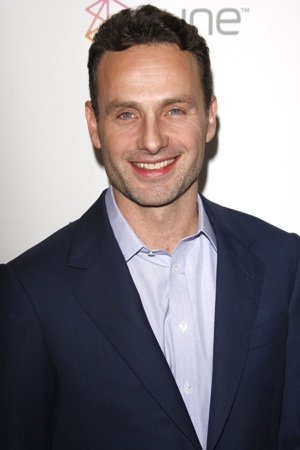 The Walking Dead is heading back to TV. After a midseason hiatus, the zombie drama will return with all new episodes in February. To kick things off, AMC has released a new preview clip, which features some old and new faces.

The sneak peek is about 45 seconds and leaves us with more questions than answers. The scene starts with Hershel and Rick having a heart-to-heart at a bar. Hershel, the conservative patriarch, is hitting the bottle and Rick’s trying to cheer him up. After the massacre that took place during the midseason finale, we’re surprised Hershel hasn’t had a nervous breakdown.

Before they can fully hash out their problems, two unknown men make an entrance. Their faces and voices are unrecognizable. One of them declares “They’re alive.”

This season of The Walking Dead has been noticeably slower than its predecessor. Fans are hoping that the second half will breathe new life into the show.

The cast and crew recently attended the winter TCA tour, and revealed some future plot details.

Executive producer Glen Mazzara had an update for Daryl and Carol fans. He said Sophia’s death “forces Carol to really stand on her own.” That means no more leaning on Daryl for support. As for the battle between Rick and Shane, it “puts everybody else in a difficult position.” Whom will they choose? The quiet sheriff or the abrasive hot-head?

Check out a sneak peek from “Nebraska” below: