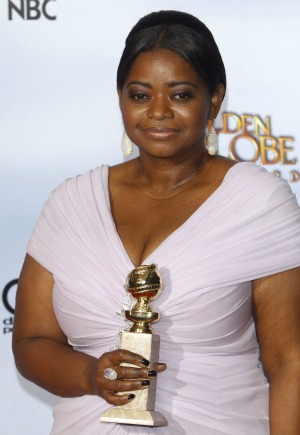 When Octavia Spencer won the Golden Globe Award for Best Supporting Actress for her role in the acclaimed film The Help she gave an especially timely shout-out: One to Dr. Martin Luther King Jr. on the eve of the holiday honoring the civil rights leader.

In her acceptance speech, Spencer said, “With regard to domestics in this country, now and then, I think Dr. King said it best: ‘All labor that uplifts humanity has dignity and importance.’ And I thank you for recognizing that with our film.”

The 41-year-old actress hails from Montgomery, Alabama — a flashpoint for the civil rights movement in the 1960s — and said that The Help is an important historical lesson for a generation that takes greater equality for granted.

“The narrative itself is part of our fabric,” she told CNN backstage. “It’s important to keep the younger generation abreast of how far we’ve come, because this is really foreign to them.”

“Once we stop looking at ‘It takes a white girl,’ we need to take a look at the fact that it’s these women who came together to do something huge in their small community,” she explained her take on the film’s narrative. “I’m a realist — we live in a multifaceted, multicultural world, and maybe if we stop labeling ourselves, everyone else will.”

Haven’t seen The Help yet? What are you waiting for? It’s currently available on DVD.