Hollywood hunk Mark Wahlberg has fallen under the ire of the victims of alleged Boston mobster James “Whitey” Bulger, who reportedly wants Marky Mark to produce his official biopic. 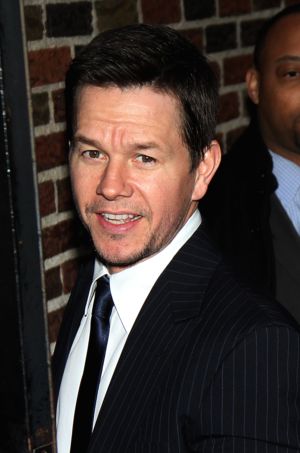 The notable Beantown native has, nonetheless, fallen under the ire of fans angry over his proposed plans to produce a biopic about notorious Boston mobster James “Whitey” Bulger.

They’re even more irked by Marky Mark’s plans to meet up with Bulger in prison.

In an interview with Boston radio station WAAF on Friday, the rapper-turned-actor and producer revealed that the alleged mob boss has asked him to visit him in federal jail, where he is awaiting trial.

Mark isn’t exactly sure why — but one can dream.

“Maybe he’ll give me the exclusive rights to tell his story, ’cause he knows, you know, we can do it better than anybody else,” Wahlberg told the station.

Bulger was featured on the FBI’s “Ten Most Wanted” list for more than a decade. The former drug kingpin was suspected in 19 murders around Boston dating back to the 1970s when he and his girlfriend, Catherine Greig, fled New England and went into hiding in 1995.

The pair moved to Santa Monica, where they remained on the lam, just a few blocks south of the Pacific Ocean, for 16 years. The couple was apprehended by the FBI as they watched TV in the apartment they shared last June.

If the story sounds familiar, it should. Bulger inspired Jack Nicholson’s role in Martin Scorsese’s Oscar-winning crime drama The Departed.

There are at least four movie projects about Bulger in various stages of development — a fact that has left the families of Whitey’s alleged victims less than thrilled.

Steven Davis, whose sister Deborah was allegedly strangled by Bulger, told The Boston Herald that Hollywood wants to “glamorize Whitey and those killers.”

He said he hoped Wahlberg would reach out to victims’ families for their side of the story.

“I have a lot of respect for Mark,” Davis said.

David Wheeler, the son of an Oklahoma businessman allegedly killed on Bulger’s orders, is equally upset about the Wahlberg-proposed biopic plans.

“Whitey Bulger is nothing without the FBI, and his power came from the FBI,” Wheeler told the paper. “Hollywood just walks right in because they’re going to tell the story the FBI wants told… We expect Hollywood will get its way.”

Wahlberg, however, seems undeterred in his hopes to produce a film about the Irish wheeler dealer.

“I mean listen, first and foremost I really feel and my heart goes out to the victims of anybody who was, you know, hurt or, you know, anybody who lost loved ones in any of that stuff,” Mark explained.

“But you know, if there’s a story to be told there and, you know, we can do it in the way we want in the way that we best see fit, then, you know, then it’s certainly something that we would explore.”

Ben Affleck and Matt Damon, also Boston natives, have also snapped up the film rights to Bulger’s life. Affleck will direct the as-yet-untitled film, with Damon starring as the mob boss.