Chris Daughtry died? Not quite. See what the singer has to say in response to details of his demise showing up mysteriously on Wikipedia. 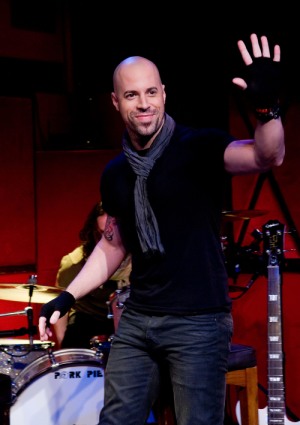 Welcome to the celebrity death hoax club, Chris Daughtry! The 32-year-old has joined a growing list of celebrities who have had the unique opportunity to personally respond to word of their own deaths.

“Oh Wikipedia,” Chris Daughtry wrote on his official Twitter account Sunday morning. “The source of all things true. Haha! NOT!! I’m NOT dead, I don’t even own an apartment AND my birthday is NOT Jan 14th!”

Joining in on the humor one fan replied with this comparison for the singer, “going to wikipedia for info is like going to mcdonalds for a steak.”

Chris Daughtry, one of many recent death hoax victims, continued, “Where does this crap come from? People with too much time on their hands and no purpose? Crazy.”

Finally the singer and father of four concluded on a positive note, “However I guess I should say thanks… got me trending worldwide. Haha! Cause that’s important… right?”

Right! Except that one fan did have this somber perspective to share: “Sad thing is, there’s so much of this crap going around that when someone DOES die, no one will believe it!” a fan wrote, adding the hashtag #stupidhoaxes.

Other famous faces recently victimized by death hoaxes include Jon Bon Jovi, Hugh Hefner and Scott Baio — whose Wikipedia page was falsely updated to reveal his cause of death as diaper rash.

Look at it this way, Chris Daughtry — the death hoax details could have been worse!

Chris Daughtry to sing the national anthem at the World Series
Who is American Idol top earner of all time?
Chris Daughtry welcomes twins!