AMC dished the deets on two big shows you’ve been faithful to and want more of. Keep reading to find out about the return of Mad Men and the expanded season three of The Walking Dead. 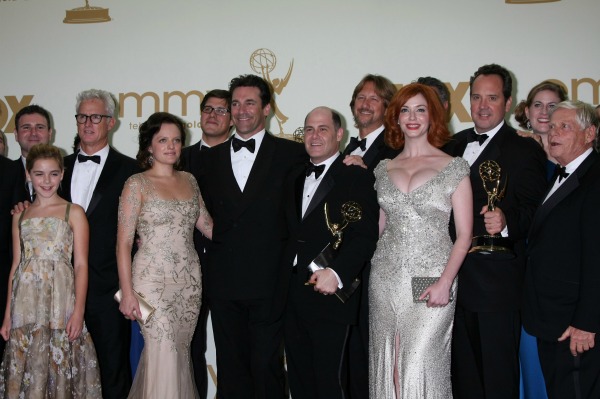 Jon Hamm let the Mad Men return date out of the bag earlier last week on the Doug Loves Movies podcast, and we are happy to announce AMC has given its official word: Mad Men is returning on Sunday, March 25.

Break out your Don Draper best, folks, because this isn’t just any return.

According to news out of the TCA Tour in Pasadena over the weekend, it’s a two-hour return episode to get you pumped for the rest of season five.

Yes, that’s two hours of the Emmy-winning show that we’ve been dying for more of.

This news is long-coming for fans who had been watching the negotiations between Lionsgate, AMC and creator Matthew Weiner from the sidelines.

Over in gruesome programming news, AMC announced that its zombie vehicle The Walking Dead will get a super-sized season three of 16 episodes as opposed to the previous 13-episode plan.

The Walking Dead is currently in the middle of season two, which will return Sunday, Feb. 12 after a short winter break that gave fans a chance to think about the midseason finale.

Oh, and what a midseason finale it was — Rick shot child-walker Sophia who was once part of the team of survivors. It was all very poetic in the end.

We want to hear from you, have you kept your Mad Men game face on while waiting for its return or lost interest?

What about the expanded season three of The Walking Dead? Is it too much or just enough?

What do you think of AMC’s big announcements?