As if creativity has taken a permanent vacation, studios have repackaged Beauty and the Beast, Lion King, Avatar, Titanic and Finding Nemo back into theaters in 3-D. As if that’s enough. 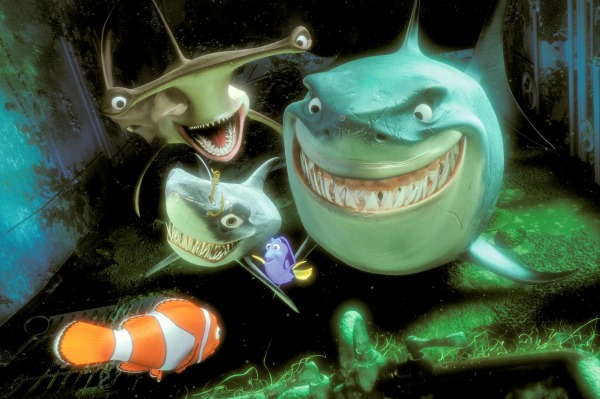 Give me creativity or give me… 3-D?

Looks like the studios are tossing out one for the other and guess which is winning?

Creativity and daring have always factored heavily into unique offerings of years past. Remember The Crying Game, Sideways, Monster, Wedding Crashers and Borat?

Buzz is non-existent in the upcoming movie universe and it seems the bottom line is to blame.

According to Disney, the September rerelease of the Lion King in 3-D has raised the proverbial eyebrows of studio executives everywhere with its $80 million gross to date. And while compared to say, Pixar’s Up and its $730 million take, it may not seem like much but it’s a boatload considering the studio’s minimal investment seducing moviegoers to a second visit.

All that newly minted 3-D cash has helped green light a bevy of 3-D recycles including Beauty and the Beast opening now, Finding Nemo in September, Monsters, Inc. scheduled for Jan. 18, 2013 and The Little Mermaid also next year and slated for a September release.

According to one Hollywood insider, “Hollywood only wants a sure thing right now, and since adaptations and remakes have been hugely successful, studios are doing what Hollywood does best… rinse and repeat. They think they’ve hit a groove or a guarantee of success.”

“The truth is that Hollywood isn’t green lighting anything original because it’s too risky right now.”

Translation for the movie-going public? If it doesn’t have letters 3-D or MI in it, it looks like you’ll be hitting the indie theaters for something unique and not 3-D. And while the public seems destined to shrug into the current menu, many more may decide a sleek documentary on the outskirts of the multiplex is worth the effort.

Hey. There is always reality TV.