Nov. 16 will mark the end of an era. Girls everywhere will say goodbye to Edward, Bella, Jacob and the rest of their Twilight friends. But don’t worry, another sequel could be on its way. 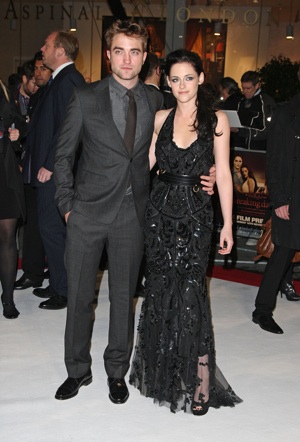 In less than a year, the Twilight film series will come to an end. Like Harry Potter before it, it will leave a box office void waiting to be filled.

Since 2008, Twilight has been the breadwinner for Summit Entertainment. Its four films have grossed $2.5 billion worldwide, making it one of the most successful franchises of all time. So what will Summit do once their gravy train stops?

According to The Los Angeles Times, there could be more Twilight in their future. Friday, Lionsgate (another indie studio) purchased Summit Entertainment for $412.5 million in cash and stock. And the studio’s boss, Lionsgate chief Jon Feltheimer, thinks there’s still life in the vampire series.

He believes Breaking Dawn Part 2 will rake in over $700 million, which means the films are still viable.

So will there be more sequels? Feltheimer says, “It’s hard for me to imagine a movie that does $700 million-plus doesn’t have ongoing value. It’s an amazing franchise that they have done a great job of maintaining with absolutely no deterioration. So the simple answer is ‘Boy, I hope so.'”

The merging of Lionsgate and Summit brings together two of the biggest young adult books turned movies — Twilight and The Hunger Games. Many believe The Hunger Games will pick up where Twilight left off. Twilight is a huge hit with the ladies, but is seriously lacking in the male demographic. The Hunger Games is much more gender neutral and has something for everybody.

If Lionsgate and Summit decide to make another Twilight, they’ll have to shoot it soon. The characters don’t age but the actors do. They can’t play 18-year-olds forever!