A book based on “revealing” diaries rapper Lil Wayne wrote during his eight-month stint in a New York jail will arrive everywhere books are sold next November, Grand Central Publishing said Thursday. 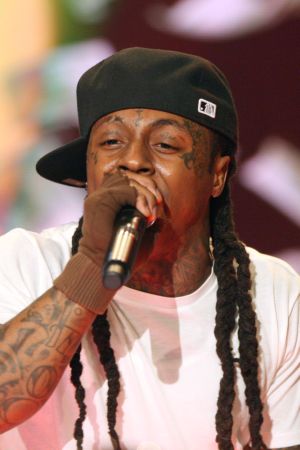 From best-selling rapper to best-selling author? Lil Wayne has inked a deal to release a prison memoir called Gone Till November.

The book borrows its title from Wyclef Jean‘s hit 1997 single of the same name. It is based on “revealing” diaries penned by the Young Money hip-hopster during his eight-month stint in New York City’s Rikers Island jail. In 2010, Weezy, whose real name is Dwayne Carter, was sentenced to one year behind bars in the Big Apple’s notorious holding facility, after cops found an unlicensed gun on his tour bus in 2007.

Grand Central Publishing, which will publish the tome, calls November a reflection of the 29-year-old father of five’s thoughts and feelings on his life, family and chart-topping career — which saved the dreadlocked lyricist from a life in the gritty housing projects of New Orleans.

“He kept detailed journals of his inner and outer life while he was on Rikers Island and they certainly tell a story. They are revealing,” says Ben Greenberg, executive editor at the publishing house.

Wayne, whose sex-charged track “Lollipop” was one of the biggest-selling songs of 2008, is already a four-time Grammy winner. He was named the top male rapper in music today by Billboard magazine in December.

Gone Till November will arrive on booksellers’ shelves Nov. 28.

Will you be picking up a copy of Wayne’s prison diary?