Heather Locklear has been hospitalized after spending the morning mixing prescription drugs and alcohol, according to reports. Is this the actress’s last cry for help? 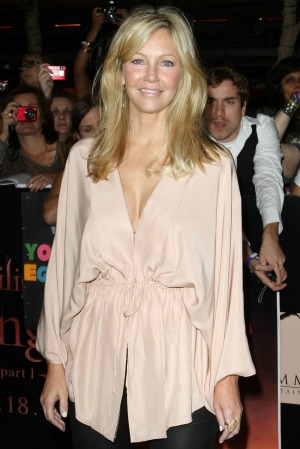 Actress Heather Locklear has been hospitalized after downing a dangerous mix of alcohol and prescription drugs, law enforcement sources have confirmed.

Insiders say that Locklear’s sister called 911 this afternoon after becoming increasingly concerned about the actress’s well-being.

“Colleen was worried about Heather’s state of mind and they were afraid she was going to harm herself,” a source told RadarOnline.

“She was afraid Heather was going to harm herself because of her drinking mixed with medication… Her sister called 911 because she was worried about Heather.”

Heather Locklear is too hot >>

Locklear has reportedly struggled with addiction problems for years. In April 2010 she was cited for leaving the scene of an accident after plowing down a street sign in her neighborhood; witnesses say they thought she was under the influence. Just months later she checked herself into a 30-day rehab treatment program for prescription drugs. She went to rehab in 2008 for what her rep called “anxiety and depression,” but later that year she was arrested on DUI charges. Locklear was given three years probation.

It has been a rough couple of months for the Melrose Place star: After finally announcing her engagement to Jack Wagner after a long friendship, the pair called it off after just a few months.

Heather Locklear and Jack Wagner call it off >>

“She is distraught over her relationship with Jack, it is on and off and it has upset her lately,” the source said.

10 hrs ago
by Rosalind Moran