Showtime’s Dexter has always been about murder, suspense and drama. But last season, the writers kicked it up a notch. They added the unexpected and unwanted element of incest. 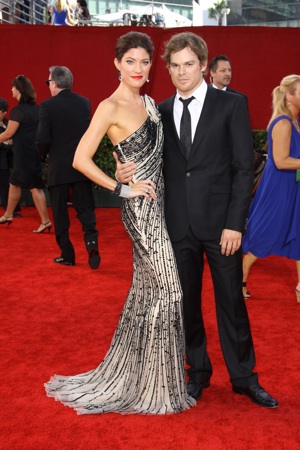 It’s no secret that the sixth season of Dexter was underwhelming. Most critics panned the drama for its supernatural plot and horrible pacing. But the biggest complaint involved the relationship between the title character and his sister.

Yes, they went there. The writers introduced a romantic element between Deb (Jennifer Carpenter) and Dexter Morgan (Michael C. Hall). During intense therapy sessions, Deb realized she had more than platonic feelings for her brother.

All season, fans had to watch as Deb came to grips with her emotions. Each week she came closer to professing her love to her unsuspecting sibling.

Despite criticisms, Showtime chief David Nevins says he’s a fan of the controversial storyline. According to The Hollywood Reporter, he always saw incest in the characters’ futures.

“I’m aware that there’s a certain taboo, despite the fact that they’re not genetically related,” said Nevins. “But it’s something that has been building for a number of years. If you go back and look the past couple seasons, it’s an idea that has informed how they’ve done the show for a long time.”

We wonder if that has anything to do with Carpenter and Hall’s real-life marriage?

Last season, Deb was hit with a one-two punch of bad news. First, she finds out she’s in love with her brother, then she discovers he’s a killer! During the finale episode, she walks in on Dexter murdering Travis Marshall (guest star Colin Hanks), and finally sees him for the monster he is.

How do you think Deb will react to Dexter’s deadly hobby?