Channing Tatum knows he’s not a great actor, but he’s trying. Meanwhile, he remains really nice to look at. 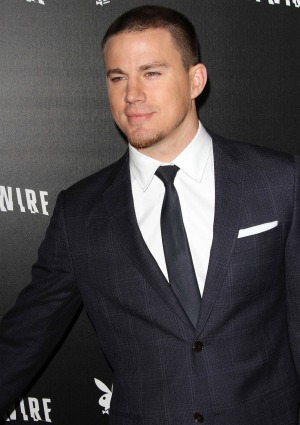 We like it when stars get real. Channing Tatum does just that in the new issue of Details, when he describes his talent with realism and doesn’t try to blow himself up to be the next Tom Cruise unlike some young actors we know.

“I know I’m not the best actor. But I hope my characters are getting better,” the 31-year-old Tatum told Details.

“I didn’t go to acting school,” he said, “so my knowledge of story, filmmaking and character comes from just being on set and doing it.”

While seemingly more suited for action movies with that body of his, Tatum said he turns to romantic films like Dear John with Amanda Seyfried and his upcoming film The Vow with Rachel McAdams for the experience.

Steven Soderbergh, who directed Tatum in Magic Mike, said that the actor is being far too modest.

“He has a lot of the qualities I associate with people like George [Clooney] and Matt [Damon] and Brad [Pitt] in terms of being clear-eyed, hardworking, and masculine,” Soderbergh said. “He’s a man. I wish there was a better word, but in movie terms, he’s a man, he comes across on the screen as a man.”

Catch Channing Tatum trying to make Rachel McAdams remember her real life in the upcoming flick The Vow, due in theaters Feb. 10.