Jennifer Aniston wants the most lusted after — and most photographed — bottom in the world: The one attached to Royal sister-in-law Pippa Middleton. 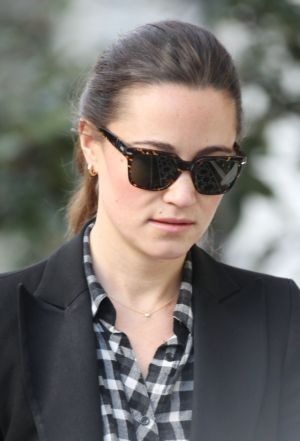 The former Friends star is allegedly so impressed by Middleton’s bum, she’s dieting to get a P-Middy-style bottom.

“Jen did a juice cleanse and now she’s weighing her food and only eating salad and veg. She wants to drop 10 pounds by mid-January. She’s told her trainer she wants tighter upper arms and a Pippa-style bum,” a friend of the actress revealed to Britain’s Now Magazine this week.

And who could blame her?

It looks like Duchess Catherine‘s kid sis — a 27-year-old professional party planner — is attached to not only the most enviable butt in Celeb-ville, but also the most photographed.

Jennifer Aniston is the hottest woman of all time >>

Paul Silva, the picture editor of Britain’s Daily Mail newspaper, says he sees up to 400 photographs of the Duchess of Cambridge’s sister cross his desk every day.

Silva was answering questions at the Leveson Inquiry, a judge-led investigation into the ethics of the British media in the wake of last year’s frightening phone-hacking scandal.

According to Silva, more than a half dozen photographers camp outside Pippa’s door and produce between “300 to 400 pictures” of her daily.

“At the moment we have a situation where there must be nine or 10 agencies outside her door every day,” Silva said.

“She goes to get a coffee or she goes back into her house, you get about 300 to 400 pictures on that a day…There is no reason to photograph her when she is out and about doing her own thing.”

Middleton unexpectedly shot to fame after serving as the maid of honor as her sister Kate married Prince William in London last April.