She’s not even a week old, but the baby daughter of celebrity power couple Beyoncé and Jay-Z has become the youngest person ever credited on a Billboard chart. 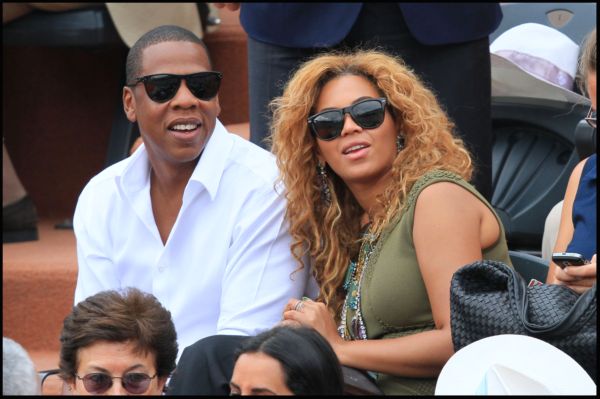 Thanks to her dad, baby Blue is already a hit-maker.

The baby, born in Manhattan on Saturday, can be heard at the end of Jay-Z’s “Glory,” featuring “B.I.C.” — Blue Ivy Carter. The song will enter the Billboard Hot 100 chart next week at No. 74; a feat the chart says makes the tot the youngest person to ever appear on a U.S. music chart.

Wondering why Stevie Wonder didn’t land the title for “Isn’t She Lovely,” which featured the giggles and gurgling of his newborn daughter Aisha?

Billboard says Aisha was never officially credited on the classic — which entered the Billboard Adult Contemporary in Jan. 1977, nearly two years after she was born.

On Monday, Jay-Z released “Glory.” The song celebrates the birth of his baby daughter with pop star Beyoncé.

But it also unveils some painful revelations. The couple struggled for years to get pregnant and apparently suffered at least one miscarriage.

Posting the song on his website, Life and Times, the Grammy Award-winning lyricist — real name Shawn Carter — raps on the track:

“The most amazing feeling I feel, words can’t describe what I’m feeling for real; Baby, I paint the sky blue, my greatest creation was you. You’re the child of destiny; You’re the child of my destiny; you’re my child with the child from Destiny’s Child. Last time the miscarriage was tragic; We was afraid you’d disappear but nah, baby you’re magic.”

He also spoke of “false alarms and false starts… all the pain of the last time, prayed so hard it was the last time.”