She might not have been there, but Katy Perry cleaned up anyway. See who else won big at the 2012 People’s Choice Awards! 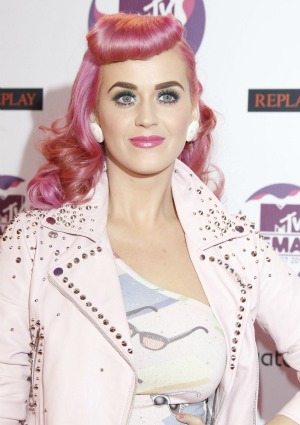 The people have spoken: We love Katy Perry! The singer cleaned up with a whopping five trophies at the 2012 People’s Choice Awards and set the stage for a stellar year, despite her pending divorce from Russell Brand.

Perry’s Katycats made sure their voices were heard and helped the pop star garner five awards, including TV guest star for her appearance on How I Met Your Mother, music video for “Last Friday Night,” song of the year for “E.T.” with Kanye West, tour headliner and favorite female artist.

While Perry wasn’t present to accept any of the awards — she backed out earlier this week — she did express her delight about her accomplishment on Twitter.

“THANK U to every1 who voted for me for the @peopleschoice tonight! We won so many! Now I need to get more books 2 successfully display them!” Perry wrote, joking about making the trophies into bookends.

Another big winner of the night was Harry Potter and the Deathly Hallows: Part 2, which nabbed four wins including ensemble movie cast, book adaptation, action movie and favorite movie.

“I moved to L.A. eight years ago this week with my mom, who’s right there,” Stone said, pointing out her mother in the audience. “It is so insane to be standing up here right now. It is hard to describe to you.”