Beth Revis added to the ever-expanding genre of young adult dystopian novels with her visionary book Across the Universe. But this book has a twist – the science fiction premise involves a long march across the vast reaches of space to find a new home.

Amy is a teenager, cryogenically frozen along with her parents and hundreds of other denizens of 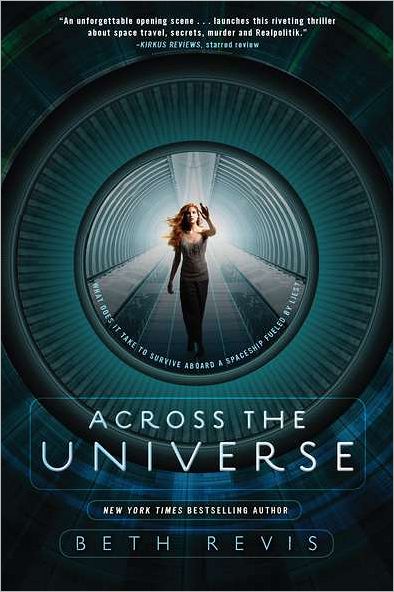 Earth. Their pods are placed aboard the ship Godspeed, which will travel through the stars and establish a new colony on a faraway planet. While they sleep, the crew of Godspeed will maintain the ship, preparing for the 300 year long journey to their final destination.

Generations have passed since the launching of Godspeed. Many things have changed aboard the ship, though few realize it. Elder is a teenage boy training to become the leader of his people one day, under the tutelage of Eldest. But what Elder doesn’t realize is that there are secrets aboard Godspeed, ones which have been suppressed for years.

When Elder awakens Amy from her cryo-stasis 50 years early, he sets into motion a chain of events that will shake the foundations of the ship.