Dear IRS court judge: We think Lindsay Lohan may be innocent. OK, the necklace thing… that was just a mistake. And maybe, your honor, a mistake is happening here. So we are conducting our own entirely lax investigation of the $93,000 missing taxes. 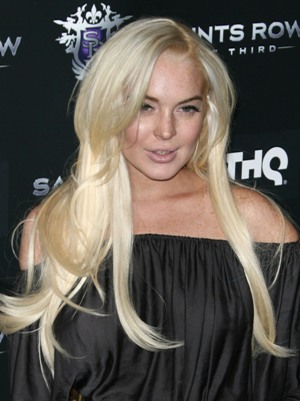 Now, I personally have a soft spot for Lohan. I mean, didn’t you see Parent Trap? And how about Mean Girls? Seriously, I am rooting for “that” girl — and for her tax person to admit putting some wrong thing — on some wrong line — somewhere.

I don’t really see what all the fuss is about. She seemed mostly gone that year anyway. When we examined Lohan’s life in 2009, we saw The Bling Ring break-in, a clothing line disaster and mini-stint on Project Runway.

And while Lohan may have logged more time in community service than onscreen appearances, apparently no one told this to the IRS. We’ll get to the bottom of this.

Call me crazy, but in Hollywood there are sooooo many fingers in the pie so to speak, blaming the actor for unpaid taxes is like blaming her for a poor story line or a bad haircut. Lohan has a tax person or persons whose job is to keep her from tax peril. So, who then, is minding the shop? Or the Lohan!

And yes, your honor, I realize that seems to be an ongoing question.

Subtracting any orange jumpsuit stint (may I remind your honor those are always unpaid), Lohan worked as Project Runway’s guest judge on the sixth season premiere episode in 2009. We don’t know how much that paid but, your honor, listen to this.

While Lohan was out, perhaps watching her prerecorded Runway episode with friends in West Hollywood, that very same hot August night in 2009 her home was burglarized by The Bling Ring. Yes. Fashion-motivated burglars had targeted La Lohan as their supreme conquest. Home video surveillance broke the case and led to the arrests of the group’s members.

But our Lohan came back strong in September and rebounded as artistic adviser for the French fashion house of the Emanuel Ungaro collection by designer Estrella Archs. The line was presented in October and received a “disastrous” reception, according to Entertainment Weekly. Lohan left there in 2010.

It was a rough year for our girl, your honor. Can’t we give her a break?

Or at least a new accounting stylist?