Amber Portwood is not at all happy sitting in jail. In a letter to her brother, the Teen Mom star claims she needs to be let out to work on being a good mother to Leah. 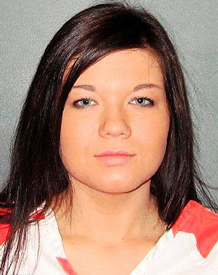 Amber Portwood wants out of jail — stat! After spending Christmas locked behind bars for a parole violation, the Teen Mom star is itching to get out and back to her daughter, Leah.

With plenty of time on her hands, and the fear of being sent to prison looming, Amber Portwood has sworn to become a better mother. TMZ obtained a letter recently written by the 21-year-old to her brother.

“I don’t think I’ll ever take this s**t for granted,” the Teen Mom reality star wrote. “I’m really scared I’m going to prison. I don’t know what I’ll do. All I think about is Leah and how she needs a role model. If I can get out, I can really show her what a good mother is.”

As for her image, Amber Portwood hopes for a makeover. “I don’t want people thinking I’m this crazy b***h,” she added. “I am a good person and I pray that I can change my life.”

Within the hand-written letter, Portwood apologized for her sloppy writing, explaining, “the pens they give us bend so we can’t stab anyone.”

Insistent that she’s not an “endangerment to society,” the woman who recently brawled at an IHOP restaurant complained, “This s**t is getting out of hand. I wouldn’t hurt anyone!”

Portwood is scheduled to appear before a judge later this month. The reality star and mother faces up to two years in prison, if convicted. Leah remains with her father, Gary Shirley, who has been awarded full custody.

Do you think Teen Mom Amber Portwood is better off behind bars or out free?