Endowed with talent, acting chops and a hot bod that will forever be frozen in the ’90s pop culture canon, Mark Wahlberg is sex-a-licious no matter what professional role he takes — from playing a ’70s porn star in Boogie Nights, portraying a dirty detective in The Departed or taking the reins as a Hollywood producer, bringing us hit shows like Entourage (the show was based on his own group of guy friends!). Now, as a reformed criminal who rejoins the smuggling game in Contraband, in theaters now, Mark shows us his best action star yet. We’ll kick back and dream about him defending our honor, whether at a red carpet event or on a gritty city street.

Tough, savvy and good-looking to boot, we fantasize about having Mark Wahlberg on our arm — a scrappy protector with wicked street smarts.

We’ll never forget how he looked in that underwear commercial

Okay, technically he’s not rapper Marky Mark anymore, nor is he part of the Funky Bunch. But his legendary sexy Calvin Klein underwear ads are still burned into our brains because…well, do we really need to explain?

Looking back, Mark Wahlberg was almost The Situation-esque with his Boston-boy bravado, but, well, he was smokin’. Sample dialogue from his legendary Calvin Klein TV commercial (featuring a blonde in white panties and sagging jeans orbiting around him): “These are the ’90s, man, they just fit good and they hold me snug.”

Snug indeed! And we thank you for that, Calvin Klein. 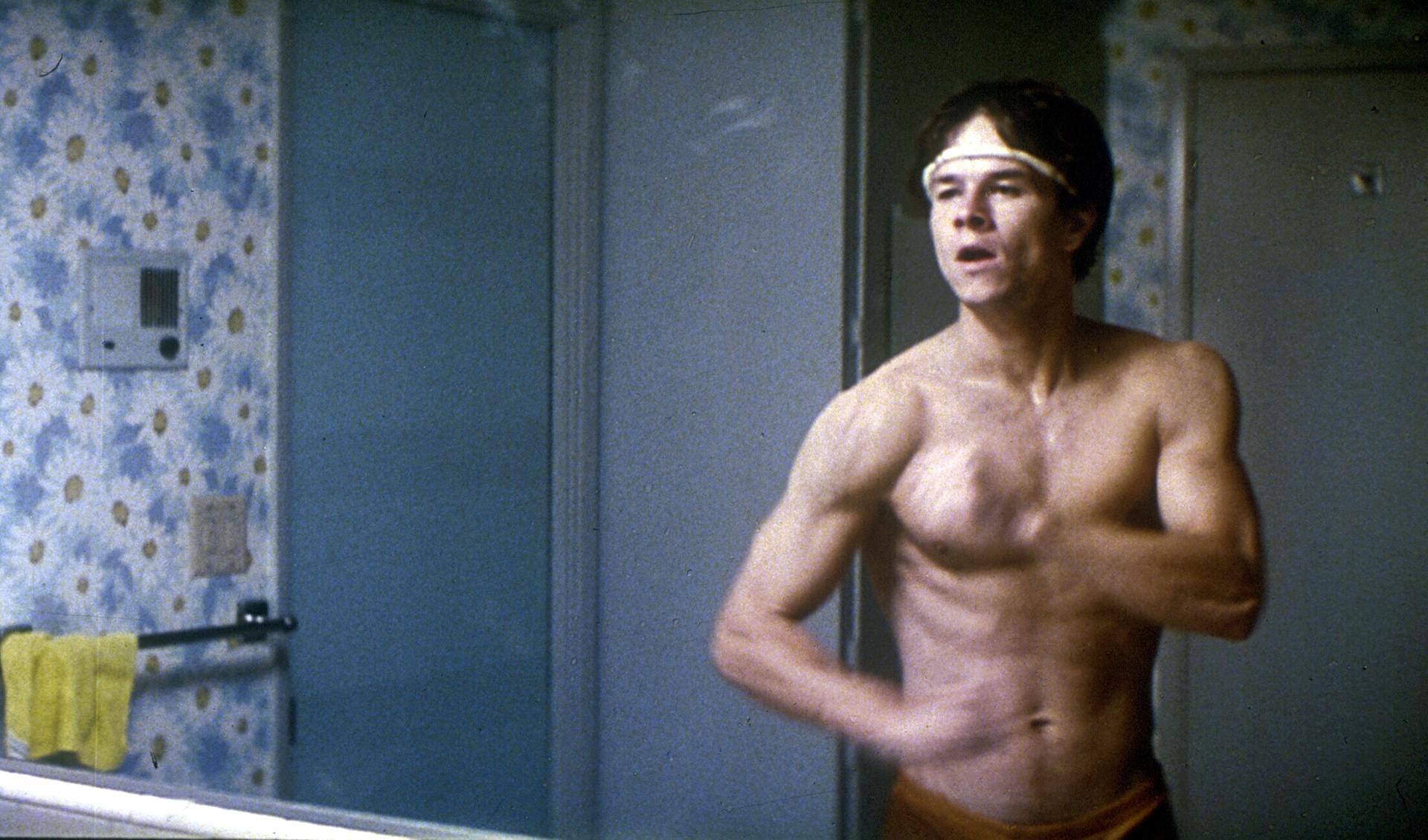 What is it with Mark and what he has to offer below the belt? 1997’s Boogie Nights was a smash, with Mark playing Dirk Diggler, a newbie to the 1970s porn scene who struggles with his place in the world and substance abuse (among other things). After that, Wahlberg played equally conflicted characters, including his latest role in Contraband as a former criminal who’s forced to leave his wife (played by Kate Beckinsdale) and children and return to the tangled world of international smuggling. It’s no surprise that Mark Wahlberg has drawn from his own struggles with drugs, gangs and violence to bring his roles to life — especially this most recent one.

“I could certainly identify with it, because in my own life. I’ve had a pretty troubled past,” he told the New York Daily News about Contraband. “And you hope, too, that these are themes that people can identify with — whether it be on an emotional level or a fighting level.”

We think the audience will.

Now a mature dad of four children, including two girls, Mark says having a family has changed him in the best way possible — and given him a newfound respect for women.

“And I tell you, having girls has made me a much better man,” he told the Star-Ledger. “I have friends who are fathers, but they only have boys, and they have the same attitude toward women they always had, you know? And I don’t play that. .?.?. My girls, you mess with them? I will bury you underground.”

You heard him, future suitors! 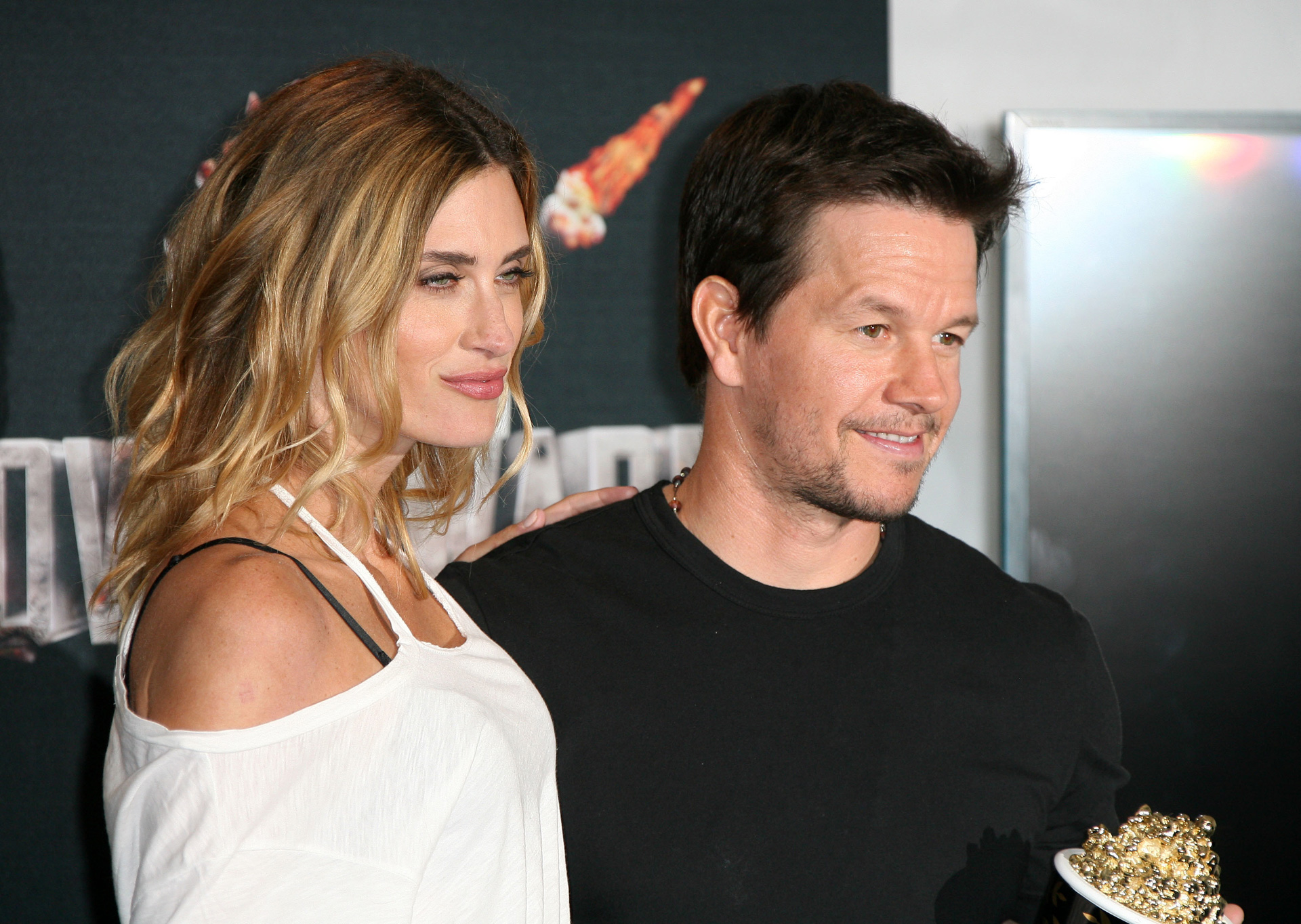 Fun trivia: Back in his hot ’90s days, Mark dated Punky Brewster’s Soleil Moon Frye. But in 2001, he began dating fashion model Rhea Durham, 33, and the pair married in 2009. They have four children: two girls and two boys. And, cute alert!: Out of respect for his wife, he tries to keep his movie sex scenes at a minimum: “If it has anything to do with me kissing somebody, my wife’s not gonna like it so I’ll fight to get it cut out,” he told WENN. “Those are the more important issues. I usually try to choose my battles wisely.”

Awww — we love that kind of consideration for a partner! Way to treat a lady, Mark!