Is Blue Ivy Carter the youngest member of a super secret society? Yes, according to some “trustworthy” Twitter users.

Jay-Z and Beyoncé’s daughter Blue Ivy Carter is only three days old, but she’s already the target of conspiracy theorists and internet rabble-rousers. That’s right, the newborn rap impresario is apparently part of the Illuminati and is named for Lucifer’s daughter. 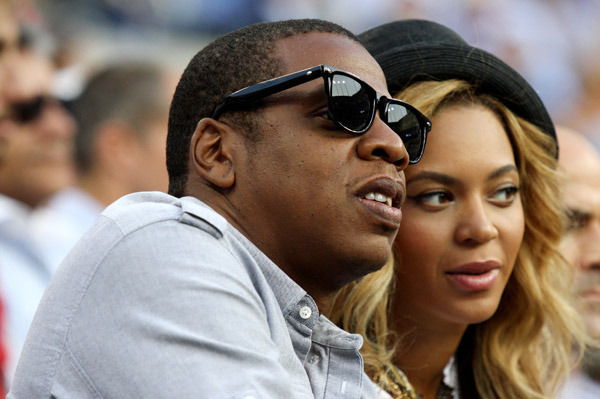 “The Illuminati is a group that comes from the historic and conspirational [sic] organization that controls and governs large groups and leaders in the society, this name comes from the word ‘enlightenment,'” writes an Illuminati information website.

“The Illuminati is both a historical and fictitious secret society that was founded on May 1, 1776. This Illuminati organization had first five members, and as it had been recorded, these five members had also been very close to the Catholic Church. Every Illuminati member vows secrecy and obedience to those who are higher than them. This type of organization had been famous with its satanic movement.”

Many celebrities are rumored to be a part of this new world movement, including Lady Gaga and Rihanna. Basically, it’s just a conspiracy theory made up by those with way too much time on their hands.

Oh, and that whole Eulb Yvi thing? It’s not true, either. Global Grind did some research on our behalf.

“So Global Grind decided to look up EULB YVI, and to no one’s surprise, the words EULB YVI don’t exist in the Latin language — at ALL,” the website wrote.

So, there’s that. Blue Ivy Carter wasn’t named after Lucifer’s daughter or for the Illuminati… or maybe the Illuminati just wants us to think that.

And you thought naming your baby was hard.

What do you think of the name Blue Ivy Carter — yay or nay?