For all you die-hard Van Halen fans, the wait is over. The band has finally debuted a single from their much-anticipated album, A Different Kind of Truth, set to be released in February. Read on to find out what fans are saying about “Tattoo.” 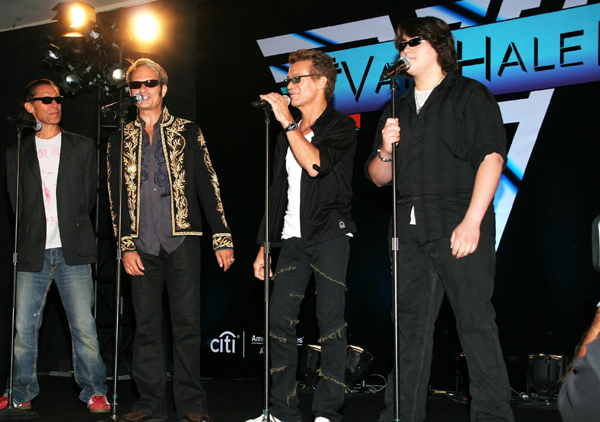 Considering this is the latest Van Halen album with David Lee Roth since 1984, the band has been making waves with their first single release from the album, due out Feb. 7. And with the release of their newest single “Tattoo,” some fans are worried that Van Halen has lost their rocker edge. At least that’s what many of the comments on the music video’s YouTube page suggest.

The song is fairly catchy and has a good beat. No, it doesn’t make your bones want to jump up and down, but it’s definitely a breath of fresh air after the 28-year wait to rekindle with lead singer David Lee Roth and a 14-year wait since the release of a new Van Halen album.

Last week, Van Halen debuted another new song titled “She’s The Woman” at Cafe Wha? in New York, a new song with old vocals from a 1977 demo that was never put on an album. According to an interview with Sammy Hagar by Rolling Stone, the record is believed to include outtakes from the ’70s.

“I think it’s an interesting thing to do in your old age if you can’t come up with fresh, good stuff — or you can’t get along. Because from what I heard, they aren’t working with new material. Ed and Dave didn’t actually write new songs.” Hagar said in the interview.

Do you think Sammy Hagar‘s remarks ring true? We may just have to wait until February to find out, but even if the whole album is outtakes from their old stuff, it was good to listen to back then, which will make it even better to listen to now!

Watch Van Halen’s new single “Tattoo” and judge for yourself on whether or not the band’s still got it.