Tina Fey and Jane Krakowski may be stars, but they didn’t get the Beyoncé treatment when it came time to deliver their babies. The funny ladies share their thoughts on reports Beyoncé had an entire hospital wing to herself. 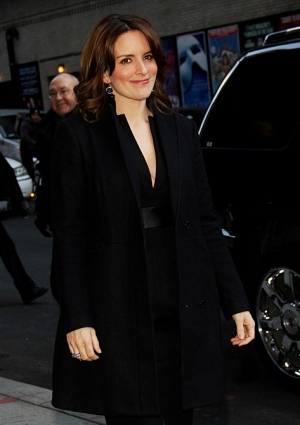 Jealous over reports Beyoncé had an entire hospital wing to herself while giving birth to daughter Blue Ivy Carter? Take heart knowing Tina Fey and Jane Krakowski didn’t get the star birthing treatment, either.

The pair of comediennes cracked a few jokes about Beyoncé’s hospital stay at Lennox Hill, the same hospital in which each of the actresses have given birth previously.

“We had very similar experiences to Beyoncé and Jay-Z,” said Jane Krakowski, mother to 9-month-old son Bennett, during the pair’s visit to the Today show.

Tina Fey, mother of 6-year-old daughter Alice and 5-month-old baby Penelope then chimed in, “My celebrity treatment at Lenox Hill involved taking a group breastfeeding class in a closet. It’s clearly supposed to be a storage closet, with a bunch of other mothers, and a nurse grabs one of your breasts and another lady’s and is shoving them in a baby’s mouth.”

The Bossypants author, pictured here on Jan. 5 arriving at The Ed Sullivan Theatre to appear on The Late Show with David Letterman, took a serious moment to clarify, “I think the nurses at Lenox Hill Hospital are fantastic.”

But the 41-year-old won’t be back at the hospital to give birth and ask for the Beyoncé treatment anytime soon — or likely, ever. “No! Next time I’m there, it’ll be with a broken leg,” Tina Fey said emphatically.

Jane Krakowski and Tina Fey, co-stars on the hit sitcom 30 Rock, likely do have at least one thing in common with Beyoncé: Loving motherhood. “It’s the best thing ever,” Krakowski said. “It’s just awesome.”