Want to rid your life of the Kardashians? Now you can… sorta.

We’ll admit it: It’s pretty difficult to find a website without at least one mention of Kim Kardashian. The first family of reality has permeated every aspect of our lives, whether we like it or not. 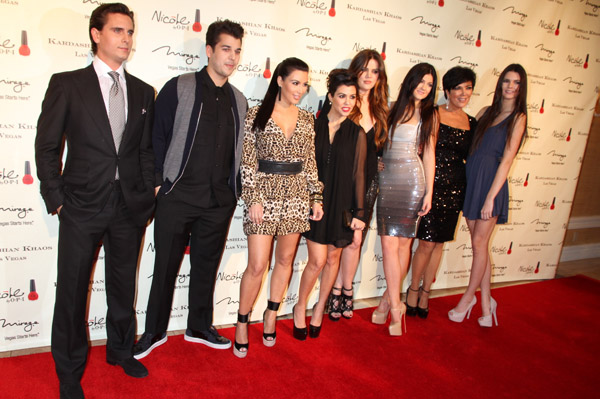 Tired of seeing Kim, Khloe, Kourtney and Kris Jenner? Now here’s your chance to rid your online life of them forever with the Kardashian Blocker extension for Chrome.

“Are you tired of reading about the Kardashian name everywhere on the web? Are you 1 of the 1/2 million Americans who have signed a petition wanting her to go away? Kim Kardashian has made a mockery of American culture, doing whatever it takes to extend her fifteen minutes of fame so that she can selfishly profit from her celebrity status,” BoycottKim.com organizers wrote.

“The BoycottKim.com Kardashian blocker extension will block out any site known for hiring the Kardashians to sell or market products. It will also block media websites including TMZ and E! for [sic] spreading Kardashian friendly propaganda under the disguise of news.”

The only problem? Blocking websites that mention the Kardashians will keep you from visiting your favorite entertainment websites — including SheKnows! We can’t have that. Luckily, there’s another option.

“The extension also allows its users to either censor the names of the Kardashians or to give them individual ‘custom names,'” the Boycott Kim team wrote. For example, you can change Kardashian to Kartrashian (or other name of your choice.)

The only thing it won’t do? Block or change Kendall Jenner or Kylie Jenner.

“Unlike the Kardashians who commonly use children for profit, we refuse to exploit children,” they said.

The Kardashians are feeling the heat of the 500,000 signatures on the boycott petition, even if Skechers didn’t drop Kim as a spokesmodel based on it. Family lawyers have reportedly threatened to shut down the website, according to the Daily News. Attorney Martin Singer alleges the website encouraged Kardashian haters to harass him.

Not so, says a Boycott Kim rep, adding that they “did not encourage anyone to harass” Singer. Instead, they “encouraged them to call with their own personal opinion.”

“They try to scare you,” he told the New York Daily News. “They do not want bad publicity.”