Kim Richards has completed her stint in rehab and is well on the road to recovery, her sister Kyle Richards told Ryan Seacrest. Will her newfound sobriety stick? 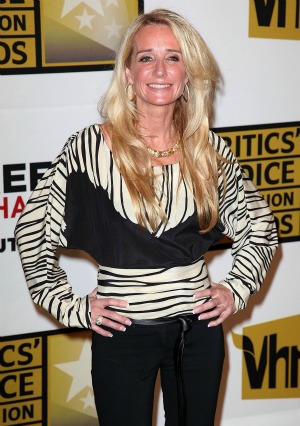 The Real Housewives of Beverly Hills has one less drama to contend with. Cast member Kim Richards has completed her stint in rehab and is walking down the road of recovery.

“We’re very happy to report that Kyle told me exclusively off the air Kim is actually out of rehab!” Seacrest said. “She assured us, despite reports to the contrary, Kim is not drinking or partying at all, and is on the road to recovery.”

The news comes the day after an explosive episode of The Real Housewives of Beverly Hills, in which Kim Richards’ boyfriend Ken Blumenfeld and the reality star were a full 36 hours late to the Hawaiian birthday celebration of Kyle’s husband and offered contradicting excuses for her erratic, and often selfish, behavior.

In one scene, Kim kept the entire cast waiting on a bus because she overslept; then when the bus finally left without her on it, she missed the boat trip to which everyone was heading. Kim also arrived late to a dinner party for Kyle’s husband, then left abruptly after her sister called her out on her bad behavior.

Kim will not be part of the RHOBH reunion special, which taped last week.

This isn’t the first time Kim has been to rehab. She checked into a treatment center earlier in 2011 after a drunken brawl with Kyle which aired on the show.

Before she was released from the treatment center, Kim’s ex-husband Monty Brinson told People, “Kim’s the happiest she’s been in a very long time. She’s ready to start a new life when she gets out.”