The holidays are over, but if you need more family, faith and healing, Joyful Noise serves it up southern style, with a little gospel and a bit of hip-hop, too. 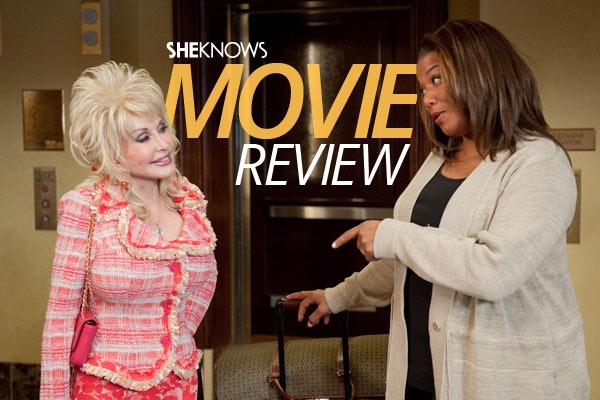 Queen Latifah and Dolly Parton are trying to get into heaven, and from the looks of their new movie Joyful Noise, they’re probably first in line.

The sweet, heartwarming tale of two southern ladies with very opposing points of view on how best to sing God’s message is one that will get your feet a-movin’ and your arms a-praisin.’ Lord Jesus, that’s some good music!

Gospel, hip-hop and lots of dancing

The film starts with a big gospel opening, but the audience instantly knows that with each musical number, things are just gonna keep getting bigger and better.

Queen Latifah gives a soulful solo with “Fix Me, Jesus” that reminds us how beautiful her voice truly is. Alone in a church with a piano, it doesn’t get any better than that.

Parton performs a duet with co-star (and Broadway singer) Jeremy Jordan, who plays her grandson in the film as well as with Kris Kristofferson, who plays her late husband. “From Here to the Moon and Back” gives the country singer her chance to shine with a song she also wrote.

It’s just as much fun to see these legendary ladies belt out beautiful numbers as it is to see them interact with tomorrow’s talented crew of musicians. 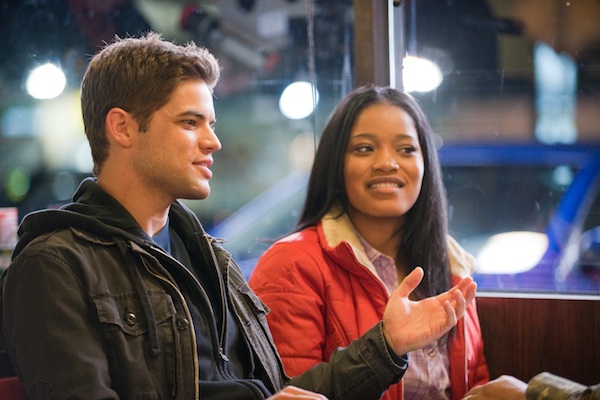 Finishing with a bang, the finale takes us on stage with the whole crew jamming to “Higher Medley,” a compilation that includes inspiration from Usher’s “Yeah!” and Stevie Wonder’s “Signed, Sealed, Delivered, I’m Yours.” This film hits all the demos music wise; audiences young and old will love it.

While the film hits highs on music, it goes low on story. But we’re not here to gripe, we want to see Dolly and Queen Latifah, right? Set in a small town in Georgia, these two ladies have the chance to go to the national choir competition, if only they can agree on what to sing.

Queen Latifah plays Vi Rose Hill, the conservative God-fearing woman who keeps her teenage daughter on a tight leash and doesn’t take crap from nobody, especially not G.G. Sparrow, played by Dolly Parton. G.G. happens to be the richest woman in town. Her big dollars fund the church, and she has a lot to say about letting loose and trying something different for this year’s competition.

When G.G.’s runaway grandson, played by Jordan, rolls into town with only one thing on his mind, the heart of Vi’s daughter, played by Palmer, things only get worse. The chemistry between Palmer and Jordan is indicative of young love and gives freshness to the otherwise formulaic plot.

That said, who could miss this comedic pairing of the most fabulous odd couple since Seal and Heidi Klum? When Latifah headlocks Parton in a food fight scene, you know you walked in for a reason. Joyful Noise is a fabulously fun movie full of amazing musical numbers.

If you like the southern energy of the new Footloose, the soulfulness of Tyler Perry’s Diary of Mad Black Woman and I Can Do Bad All By Myself, the music of Sister Act or the family values of Dolphin Tale, this is a movie for you.

Bottom line: Joyful Noise is a heartwarming tale of family, faith and music hosted by the dynamic duo of Queen Latifah and Dolly Parton, a moment you just can’t miss on the big screen.