Life isn’t always easy for the boy-wonder named Justin Bieber. The pop sensation outlines his plans for the future and ponders why some hate the mere idea of him.

Justin Bieber is just under two months away from legally becoming an adult, yet the he isn’t in any particular hurry to grow up. Despite having recently been involved in a paternity scandal, Justin Bieber plans to keep a solid grip on his squeaky-clean image. 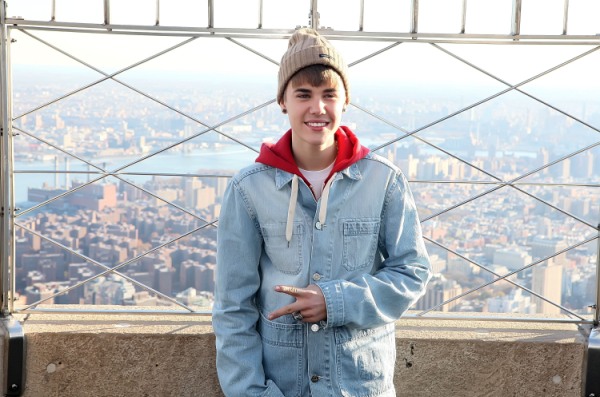 Looking forward to his March 1 birthday and adulthood, Justin Bieber told V Magazine, “I’m not going to try to conform to what people want me to be or go out there and start partying, have people see me with alcohol. I want to do it at my own pace.”

He continued, “I don’t want to start singing about things like sex, drugs and swearing. I’m into love, and maybe I’ll get more into making love when I’m older. But I want to be someone who is respected by everybody.”

“I want to be successful and be great at what I do. But eventually, I want to become the best at what I do,” the freshly tattooed Bieber explained. “I want to be better than anybody who’s ever done it. And in order to do that, I need to strive to be the best, be good to people and treat people with respect, and work as hard as I can. Because for me, I work so hard and this consumes my life — it’s not worth it if I’m not the best.”

However, not everything in Justin Bieber’s life is looking rosy. Despite all the ambition, hard work and good luck the 17-year-old has gone through in his relatively short life, there are still plenty of haters out there.

“When I was coming up, trying to get to where I am now, people were so happy for me. They were rooting for me. Now that I’m on top, everyone wants to bring me down,” Bieber explained.

“Everyone’s trying to tug at me and take my spot. A lot of people say they hate Justin Bieber who haven’t even listened to my music. They just hate the idea of me.”

Why do you think people like to hate Justin Bieber?