Remember when Paul Rudd was on Friends? Good times, good times. The funny man will return to NBC, only this time he’ll be facing off against Amy Poehler’s character on Parks and Recreation. 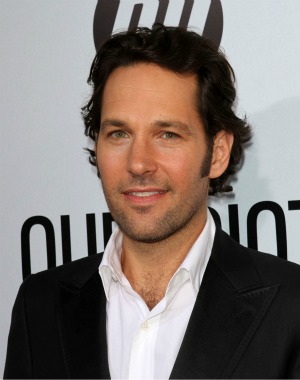 Get ready to rumble! Political rumble that is!

The race for city council on Parks and Recreation is definitely going to be a hot one!

That means we get more than one episode — sooner rather than later — containing the great Paul Rudd.

That, friends, is comedy music to our ears.

If you’re looking for an interesting connection, TVLine reported the casting of Kathryn Hahn as part of the political team that would face Leslie Knope, which means that would weave into Paul Rudd’s story.

Oh, this show gets better by the minute, doesn’t it?

Paul Rudd is on deck for the films Wanderlust, This is 40 and The Perks of Being a Wallflower — all due this year.

Now, what would make this sweeter would be if NBC would make the official statement so we could get on with the excitement!

We want to hear from you, Parks and Recreation fans! Is Paul Rudd a good opponent for Amy Poehler’s character, Leslie Knope?

What do you think of the big casting news?