January is the perfect month to spend some time with an audiobook. Whether you’re on the treadmill, running errands, commuting to work, or making dinner, time will fly when you have a good book to keep you company. This month’s selections offer something for almost every reading taste. 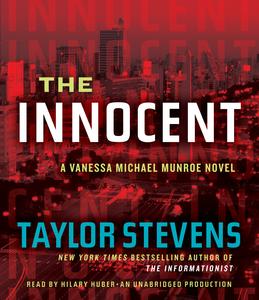 Taylor Stevens’s savvy, independent heroine, Vanessa Michael Monroe, is a woman who finds things. Her specialty is tracking down insider economic data, but her latest client wants her to find a girl who was kidnapped eight years ago, when she was five. Information about the girl’s whereabouts has recently surfaced, and Monroe, multilingual, resourceful, and sometimes violent, is asked to rescue the teenager from the clutches of the cult that has hidden her all these years. After careful planning and research, Munroe travels to Argentina to infiltrate the cult and convince the girl to leave. Hillary Huber’s reading of Stevens’s newest action-packed thriller will keep you glued to your ear buds. The Innocent gains its authenticity from the author’s own experience with cults. 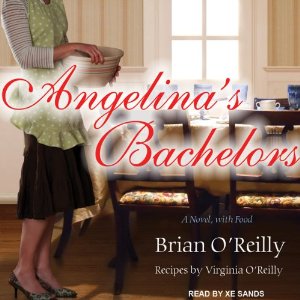 Angelina D’Angelo, newly widowed, loves to cook and bake but no longer has anyone to share her dishes with. One day she decides to pass her kitchen creations along to her neighbors, including a bachelor who falls in love with her food. Soon Angelina is cooking for a seven single men, each one on a different day of the week. Brian O’Reilly’s heartwarming Angelina’s Bachelors reminds us of the powerful connections we make when we feed someone in need and that it’s never too late to find friendship and love. Narrator Xe Sands captures the magic of the novel and the joy Angelina experiences when working in her kitchen. 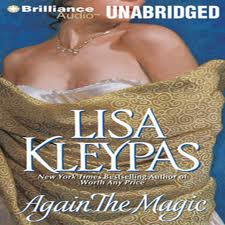 If you love historical romance, then it’s likely you’re already a fan of Lisa Kleypas. Again the Magic introduces us to Lady Aline Marsden, daughter of the earl of Westcliff, who has accepted her duty to marry well. But before she can be wed off, her friendship with John McKenna, a stable boy, becomes passionate. When her father finds out, Aline is forced to send John away. Years later, John returns to England from the New World, wealthy and determined to take revenge on the woman who broke his heart. Of course, love burns as hot as hate, and the two must decide which path to take. Rosalyn Landor’s British accent is perfectly suited to the time period and setting of this prequel to Kleypas’s popular Wallflower series.

We Need to Talk About Kevin 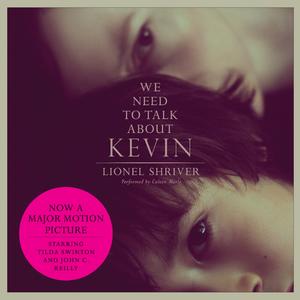 Every parent’s nightmare is to have their child show up on the evening news has having done something bad. But Eva’s personal hell is beyond that: her son, Kevin, murdered seven high school students, a cafeteria worker, and a teacher on the eve of his sixteenth birthday. Two years later, Eva and her husband, Franklin, who no longer lives with her, begin to write to each other in order to understand what happened. The letters that make up Lionel Shriver’s We Need to Talk About Kevin start with Eva’s secret fear that her own reluctance to become a parent may have contributed to Kevin’s behavior and Franklin’s refusal to recognize any sign that this son may have had deep psychological problems. Readers hope that the correspondence will bring the couple some peace, even as they realize the almost impossibility of that outcome. Coleen Marlo’s sensitive reading brings Shriver’s brilliant writing to life. 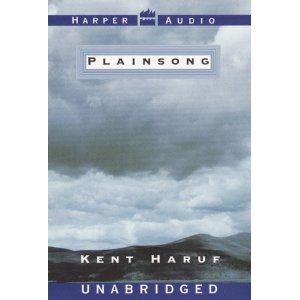 Kent Haruf’s Plainsong, set in a small plains town in Colorado, revolves around two groups of three people–a schoolteacher and his two young sons and two bachelor ranchers and the pregnant teenager they take into their lives. The common thread among them is another schoolteacher, who lives alone with her senile father. Each character’s personality has been molded by a difficult or tragic event, but each one faces life head-on, bucking up in the stereotypical Midwest fashion. As the characters become more involved in each other’s lives, the relationships blossom, offering friendship, love, and support. Haruf punctuates the novel with laugh-out-loud moments, especially when he focuses on the aging bachelor McPheron brothers. Narrator Tom Stechschulte gives each character a distinctive voice, augmenting the emotional impact of the novel without becoming overdramatic.