Katherine Heigl is a hardworking working mom — but she says she came dangerously close to completely failing at both. 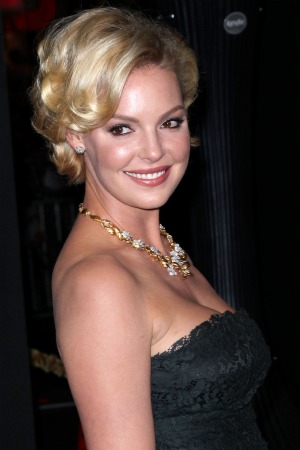 Katherine Heigl says that before she adopted her daughter she thought balancing it all would be a cinch. Instead, she says she went from being a successful actress to feeling like she failed at life. What happened?

In a blog post for iVillage’s CelebVillage, Heigl described the transition from working actress to working mom as incredibly confusing — something to which any working mom can relate.

Is Katherine Heigl okay with cheating? >>

“I could not have known when I was 10 years old holding other women’s children and playing the greatest game of make-believe on earth that I would one day have to reconcile my two great loves. I didn’t realize that having it all would not look and feel as I imagined.”

“After all, it’s 2012 and women have been told that we can have it all if we want it. I went into it full throttle, ready to buckle down and make it all work seamlessly as I always imagined I could. The thing is I couldn’t,” Heigl wrote.

“I couldn’t appreciate or enjoy the moments with Naleigh because I feared they weren’t enough for her and knew they weren’t enough for me. I couldn’t enjoy the work because I was so distracted by the little being in my trailer waiting for me. I couldn’t help but wonder what I had gotten myself into and if the choice I made to be a working mother was the most selfish decision of my life.”

So what did she do? Her ultimate choice explains why we haven’t seen her much in the last year or so — and while she is back on our radar again with two new movies due this year.

Heigl explained that she took time off to try out the stay-at-home mom thing, and ultimately it gave her the clarity she needed to play two roles at once: mom and actress.

“Now when I take a job, I look my daughter in the eye, screw up my courage and try to explain to her that mommy has to go to work,” she wrote. “And when she looks back at me and says, “But why?,” I tell her the truth — that work makes me a better person, a better woman, a better mother. Then I pray to God that she will understand one day and that my example will encourage her to find and follow her bliss as well… after I’ve paid for all the therapy, of course.”