Nick Cannon is on the mend, but not quite well enough to head back to work just yet. Get the status update on his kidneys and recovery here! 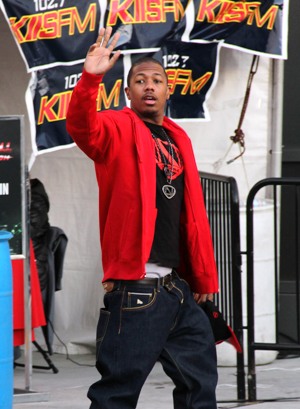 It’s been a rough start to the new year for Nick Cannon, who was hospitalized last week after suffering mild kidney failure. On Monday a rep for the 31-year-old had a bit of good news to share with concerned fans.

“Nick Cannon was released over the weekend to be with his family,” a representative for the America’s Got Talent host said in a statement. “He is resting and recovering at home and would like to thank everyone who has expressed concern, well wishes and prayers.”

In regard to how long it will be until radio listeners can once again hear Nick Cannon’s voice, the rep added, “He plans to return to his live morning radio show broadcast Rollin’ with Nick Cannon on 92.3 NOW FM on Jan. 17.”

The father of twins Monroe and Moroccan with wife Mariah Carey is pictured here arriving at the KIIS FM’s Jingle Ball 2011 last month, before all the health troubles began.

Mariah Carey initially broke the news of her husband’s hospitalization. On Jan. 4 she tweeted, “Please pray for Nick as he’s fighting to recover from a mild kidney failure. #mybraveman.”

On Friday Nick Cannon tweeted an update on his own health to over three million Twitter followers. “Just left the operating table and I was awake during the whole procedure. #OUCH,” he wrote. “Recovering… about to be stronger than ever! #Ncredible!”