Snoop Dogg was arrested for possession of marijuana last night at a Texas border patrol stop. Will he go to jail? And what’s the Willie Nelson connection? 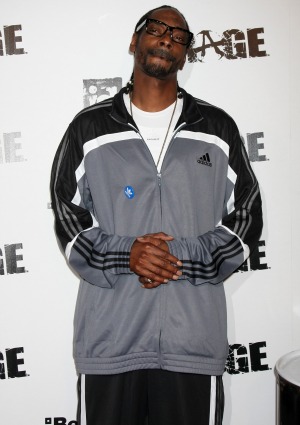 Snoop Dogg’s freedom might be going up in smoke soon, after the rapper was busted for marijuana possession over the weekend. While this news is not shocking — this is Snoop Dogg we’re talking about, after all — it highlights a hot button political issue on the legalization of pot from state to state.

Border patrol agents told TMZ that they found the contraband during a routine inspection at the Sierra Blanca checkpoint in west Texas. A half ounce of weed was discovered inside a prescription bottle hidden in a trash can at the back of Snoop’s tour bus.

The Sierra Blanca checkpoint is the same location where Willie Nelson was busted for possession in 2010. The country star is another music icon known for his prolific pot smoking.

Here’s the rub: Snoop told the agents that he has a legit prescription for medical marijuana in California, where he resides. However, legality does not transfer from state to state — and there is no medical marijuana law in Texas, which has a zero-tolerance drug policy.

The hip hop star, known for creating the #puffpuffpasstuesdays hash tag on Twitter, was cited for misdemeanor drug possession and released. He could face 180 days in jail if convicted, but more likely will enter a plea and pay a fine like Willie Nelson.

4 mins ago
by Daisy Maldonado