NBC’s The Firm has fallen short. The legal drama is leaving viewers and critics underwhelmed. Thanks to its mediocre premise, the show is having a hard time finding an audience.

Sunday night, NBC premiered their TV adaptation of John Grisham’s The Firm. It’s a legal drama based on his best-selling novel, which was previously adapted for film in 1993. 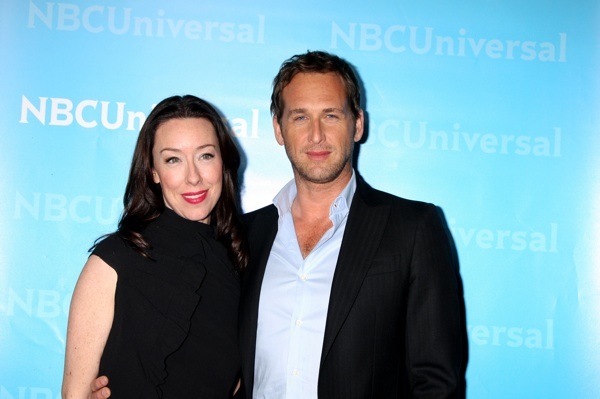 The show’s title may be The Firm, but its ratings are soft. NBC aired a special two-hour presentation of the pilot, which introduced stars Josh Lucas, Molly Parker and Juliette Lewis. The actors take over roles that were previously played by Tom Cruise, Jeanne Tripplehorn and Holly Hunter.

According to TVLine, The Firm scored a mere 6.3 million viewers with a 1.4 demo rating. It also landed in last place for the coveted 18 to 49 demographic. The drama was down 46 percent from NBC’s The Cape, which was previewed last year in the same time slot. A network rival called The Firm’s showing “the Peacock’s worst in-season drama debut ever.”

When it comes to content, the show has scored mixed reviews from critics. USA Today called it “part weekly procedural, part season-long conspiracy, and wholly unsatisfying.” While The Los Angeles Times accuses The Firm of being too old school and criticizes its villain of choice.

“If The Firm were written now, McDeere [Lucas] would have discovered the titular establishment was run by vampires or terrorists or at least Patty Hewes. In a post-24 and Dexter world, a threat from ‘the mob’ seems almost as quaint as the idea of justice achieved through canny litigation.”

When it comes to TV today, The Firm is a fish out of water. A lawyer tackling the mob isn’t edgy or fresh, especially in a society where the gangster lifestyle has gone mainstream (i.e. VH1’s Mob Wives).

The Firm will debut during its regular time slot this Thursday Jan. 12 at 10 p.m. ET/PT.

What did you think of The Firm’s premiere? How does it compare to the film?