Grammy award-winning singer Adele will attend the Grammy Awards next month — but will she be able to sing? Find out what her doctors are saying about the singer’s recovery from vocal cord surgery. 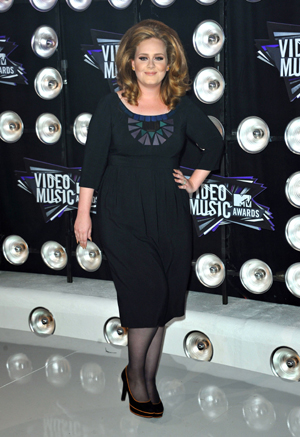 The 23 year-old had vocal cord surgery in November and has been on vocal rest ever since, requiring her to cancel the rest of her tour.

“Adele will be at the Grammys in Los Angeles on Feb. 12 at the Staples Center,” a source told Radar Online. “She’s thrilled to be nominated, but it’s been a hard time for her because of the surgery. She has begun talking more, with her doctor’s permission.”

Adele has been nominated for six Grammy awards, including Album of the Year, Record of the Year and Song of the Year.

The surgery was to stop vocal cord hemorrhage and doctors used lasers to remove a benign polyp and to stabilize the ruptured blood vessels.

“Adele’s best friend in recent weeks has been warm compresses around her neck to help the healing process of her vocal cords,” the insider says.

In addition to letting her vocal cords heal, the singer is also on a mission to lose weight. She has already lost 25 pounds.

“Adele always swore up and down that she was comfortable in her own skin, but she’s only human,” a source tells Star magazine. “She wanted to sex up her image a bit. And she thinks she’ll get even more fashion and acting offers if she shaves off a few pounds.”