Think the birth of Blue Ivy Carter went off without a hitch? Think again.

Not everyone is pleased with the birth of Beyoncé and Jay-Z’s daughter, Blue Ivy Carter. Other new parents at Manhattan’s Lenox Hill Hospital are fuming mad after the first couple of hip-hop kept them from seeing their babies. 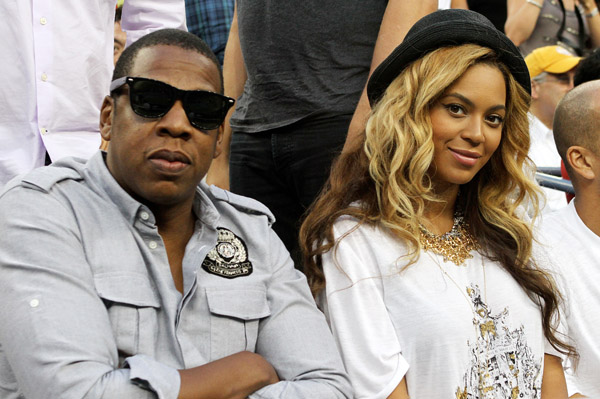 “They just used the hospital like it was their own and nobody else mattered,” new dad Neil Coulon fumed to Fox News. “They locked us into the NICU [neonatal intensive care unit] and would say, ‘You can’t come out to the hallway for the next 20 minutes.’ When I finally was able to go back out, I went to the waiting room and they’d ushered my family downstairs!”

The Brooklyn father added that his family is just as important as Beyoncé’s, despite the rumored $1.3 million the couple paid to rent an entire floor at the Upper East Side hospital.

“I know they spent $1.3 million and I’m just a contractor from Bed-Stuy, but the treatment we received was not okay,” Coulon said. “My wife is just terribly upset. She had a C-section. She gave birth to twins. She is sore. Nobody needs this.”

The new father added that he’s not the only parent upset over the hospital’s treatment. One doctor even complained that he couldn’t get to the floor to see his patients, according to the New York Daily News.

“This is the NICU. Nobody cares if you’re a celebrity. Nobody is star-gazing. They just want to see their children,” he said.

“To have that circus roll into town and ruin our parade was unpleasant.”

No doubt we’d feel the same way if we were at the same hospital as Jay and Bey.

“They should have been more strategic about it,” he said. “These are children with problems in intensive care and you’re just going to take over the hospital like you own it? All I want is an apology.”

Good luck with that. The hospital denies any sort of discrimination happened. “We take patient satisfaction very seriously,” hospital rep Anne Silverman told the NYDN. “This is the first time I’m hearing about it.”

Guess this just proves who runs the world: Beyoncé.

Read on for more Jay-Z and Beyoncé